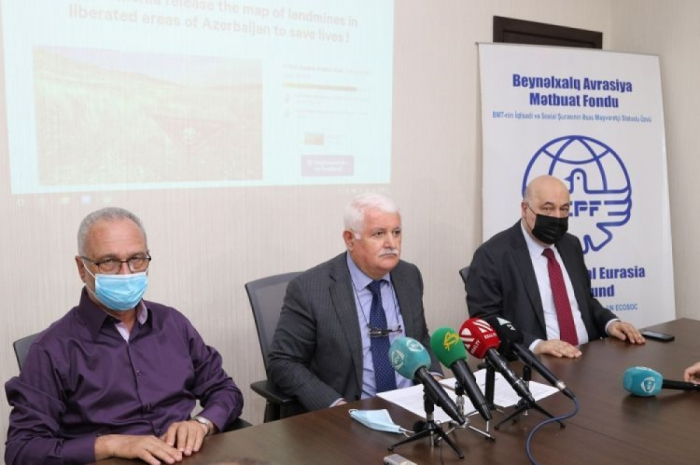 A group of civil society organisations working in the war-affected regions of Azerbaijan has recently issued a petition against Armenia on the world-famous website  www.change.org . Today, well-known public figures of our Azerbaijan Chingiz Abdullayev, Azer Garibov, as well as Israeli international expert Arye Gut called on everyone to join the petition.

Umud Mirzayev, President of the International Eurasia Press Fund, a key member of the UN Economic and Social Council (ECOSOC) with main consultative status, one of the main initiators of the petition, said: “The petition is a protest against the nearly 30-year occupation of Nagorno-Karabakh and surrounding regions of Azerbaijan, as well as the territories that have seriously been mined by Armenian troops during the post-conflict period and their refusal to submit the maps of those mined areas.”

The document says: “Armenia knows where the mines have been buried, but refuses to provide this information under various pretexts. Thirty years later, Azerbaijani IDPs are returning and trying to build their own lives in those mined areas. However, in the post-war period, more than 85 Azerbaijanis have been killed or seriously injured by landmines.”

"The petition is a joint appeal of many people on www.change.org to direct the world community, international organisations and media to the mine problem that encountered Azerbaijan. In a short period of time, the number of people who joined the petition exceeded 12,000. During this period, 118,750 views and 20,880 shares have been registered. Due to your support and unity, this statistic, which is growing every minute, brings us closer to our goal,” said the participants of the event.

"By signing this petition, your call on Armenia to submit the maps of mined areas can prevent the loss of many innocent lives," public figures who participated at the event, told the media, civil society and the general public.”

Civil society organisations and public figures participating in the event addressed an open letter to the world community. For its part, the IEPF appealed to international organisations, such as Halo Trust, GICHD, APOPO "Mine Advisory Group" (MAG), which are actively involved in mine programmes, to join the petition for the transfer of mine maps from Armenian side to Azerbaijan.

The appeal says that Azerbaijani IDP families are risking their lives because of those mines after returning to their homes. Those places where children walk on now has the potential risk to take their lives at any time. More can be done to demand the maps. As citizens of the world, we also have a responsibility to uncover those mines. The identification of minefields in the liberated territories is another important step towards a peaceful future for both Azerbaijan and Armenia. We must continue to look into the future by correcting the mistakes of the past.