Biden's confession on the 1915 events - VIDEO 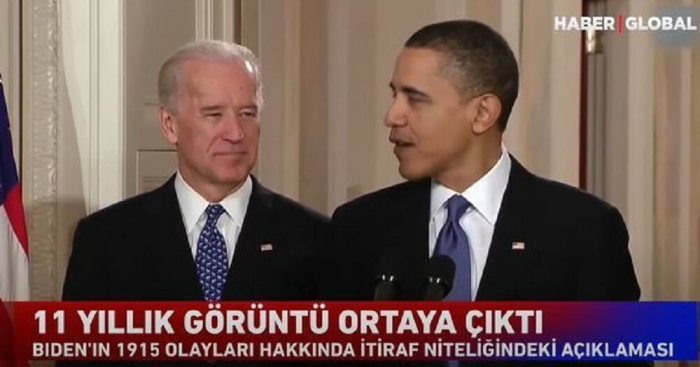 11 years ago, US President Joe Biden stated that Armenia asked them not to recognize the so-called "Armenian genocide" while commenting on the events of 1915, AzVision.az reports.

“The truth will come to light sooner or later,” he said in a video posted by Haber Global.

“The President of Armenia called me and asked me not to talk about it, saying that everything happened in the past,” says Biden in the footage taken with a hidden camera.

At those times, Joe Biden was serving as Vice President of the United States.