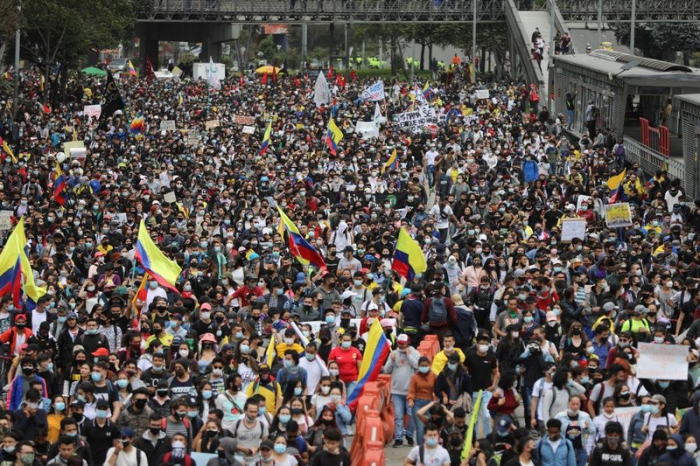 Thousands of protesters answered calls from Colombia's biggest unions to come out on streets around the country on Wednesday in protest against a controversial tax reform proposal.

Forty people were arrested for alleged vandalism, the government said, and 42 police officers were injured. Police in major cities deployed tear gas amid some isolated disturbances.

In Bogota, 31 police and civilians were injured, the mayor's office said. The city of Cali deployed the army and put in place a 1 p.m. curfew after several buses were burned.

Union leaders called for marches to continue on Thursday and announced another protest for May 19.