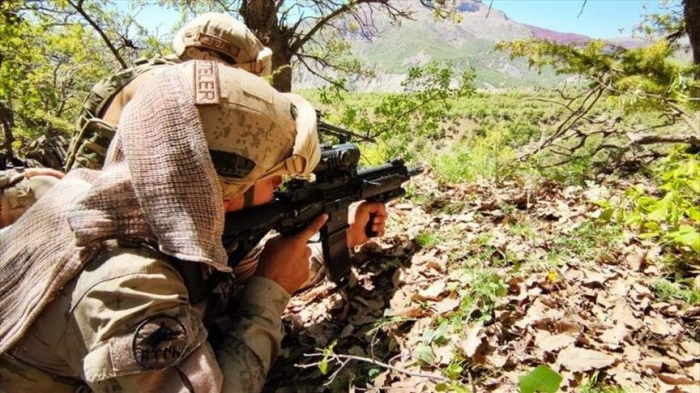 The Eren operations continue successfully with the support of the public in a faithful and determined manner, the statement added.

The new phase operations began simultaneously with the Pence-Simsek and Pence-Yildirim anti-terror operations in northern Iraq last week to neutralize the terrorists, completely remove the separatist terrorist group from the country's agenda, as well as to prevent the transit of terrorists between the so-called shelter areas.

In January, Turkey launched Operation Eren, named after Eren Bulbul, a 15-year-old martyred by the terrorist PKK on Aug. 11, 2017. It aims to eliminate the separatist PKK/KCK and clear the region of terrorists.

As part of these operations, a total of 22 terrorists have been neutralized, 75 collaborative persons held, 666 caves, shelters and warehouses used by the terrorists destroyed so far, and a large number of weapons and ammunition, food and life-sustaining materials have been seized.

Turkey also launched operations Kapan and Yildirim in 2020 to wipe out the terror group.

In its more than 35-year terror campaign against Turkey, the PKK – listed as a terrorist organization by Turkey, the US, and the EU – has been responsible for the deaths of at least 40,000 people, including women, children, and infants.