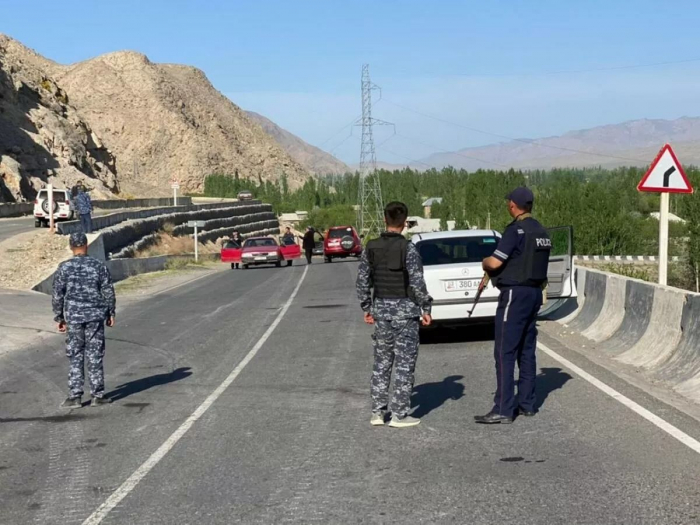 The movement of military equipment was recorded on the territory of Tajikistan, AzVision.az reports citing the Kyrgyz National News Agency (Kabar).

According to the Public Relations and Media Department of the Border Guard Service of the State Committee for National Security of Kyrgyzstan, at 11:30 (GMT+6) on May 1, 2021, the situation on the Kyrgyz-Tajik section of the state border was relatively tense.

"The Tajik side completely blocked the road in the area of ​​Tort-Kocho. In the direction of the Tajik-Kyrgyz state border on the territory of Tajikistan, the movement of military equipment was recorded," the message said.

The situation on the border of Kyrgyzstan and Tajikistan escalated on April 28 after the citizens of Tajikistan began to install surveillance cameras at the water intake in the village of Kok-Tash, Batken region (Kyrgyzstan), following rumors of people stealing water.