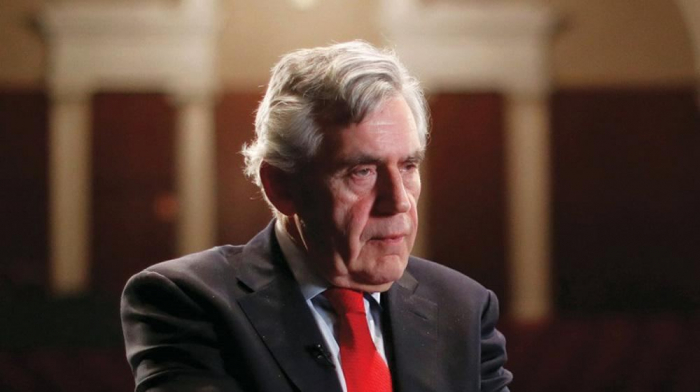 We have got to take action to get money into poor countries,” Rt Hon. Gordon Brown said. “Nobody is safe until everybody is safe. The only way to get the guaranteed financing for health is to get some burden sharing. It is not good enough to have a glorified whip-round.”

Brown is one of a number of global figures behind the campaign, who include Graça Machel, the advocate for women and children’s rights, Vaira Vike-Freiberga, Co-Chair of Nizami Ganjavi International Center and President of Latvia 1999-2007, Tarja Halonen, President of Finland 2000-2012, BoT Member of NGIC, Winnie Byanyima, the director of UNAids.

Vaccination rates vary enormously around the world. In high-income countries, one in four people have been vaccinated compared with one in 500 in low-income countries. In the UK and the US, more than half the population has had at least one dose. Fewer than 10% of people in India have had a jab. Many frontline health workers globally have not had a single shot.

Some G7 countries including the UK, US and Germany have contributed to Covax – the global initiative aimed at equitable access to Covid vaccines – but Brown said there was still a funding shortfall.

Global health is a key item on the agenda when the G7 – comprising the UK, US, Germany, France, Italy, Canada and Japan – meets in Cornwall in mid-June. Brown said the summit should commit to ensuring poor countries were vaccinated and supported to get access to vital therapeutic and diagnostic equipment. He also wants the G7 to use its financial muscle at the World Bank and the IMF to finance wider support for health workers and hospitals in poor countries.

A meeting of officials from G7 countries is taking place on 10 May, when it will become clearer whether the summit will deliver on a global pandemic plan.

Estimates suggest a two-year programme to provide jabs, testing kits and oxygen, and improve healthcare delivery, would cost more than $80bn over two years, of which $19bn has so far been provided by donor countries.