Problem of water shortage in world: Importance of Victory in Karabakh in this regard 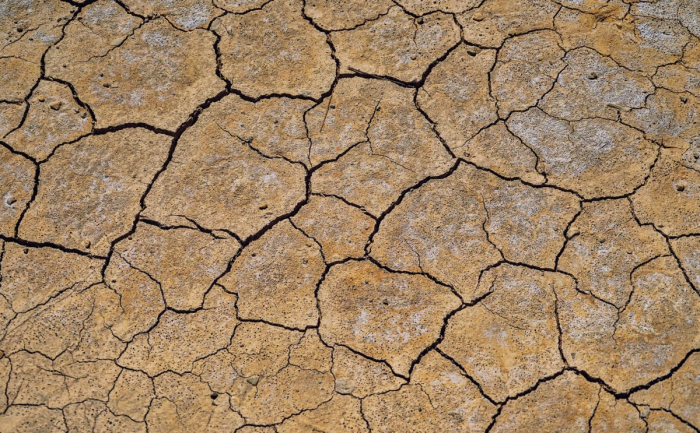 The shortage of fresh water has become a major problem for humanity in the 21st century. According to the UN experts, it is contradictory to the interests of an increasing number of countries. The armed clashes between Kyrgyzstan and Tajikistan were also caused by a dispute over the control of a water distribution point on the Ak-Suu border river.

Azerbaijan, which has been blocked from access to water by the Armenian occupiers in Karabakh has also experienced serious problems with irrigation until recently. After last year's military victory, Baku controls almost the entire water basin of the Lesser Caucasus - first of all, the water of Araz and sources of mountain rivers. Therefore, with the help of the planned network of reservoirs, it will be able to protect itself from the threat of water blackmail.

According to the UN, the basins of more than 260 world rivers are distributed among several countries, which has led to political disagreements over the distribution of water resources. Over the past 50 years, 21 "water" wars have occurred for this reason - over 500 minor conflicts between countries in Africa, the Middle East, Indo-China, Central and Southeast Asia.

Particularly, there have been significant contradictions in the distribution of water resources in the Central Asian region. Specially, we are talking about the disputes between water-rich Tajikistan, where the sources of a number of key rivers in the region originate in mountain glacier and Uzbekistan, located in the relative lowlands. And now the incompleteness of the demarcation of the state border and the inconsistency of water use rules have led to bloody clashes on the border of Tajikistan and Kyrgyzstan.

Serious contradictions in the issue of water use are also observed in the South Caucasus, where during the almost 30-year occupation of the Karabakh region, the Armenian aggressors used water resources as an instrument of pressure on Azerbaijan. Controlling the rivers and reservoirs of the Lesser Caucasus basin, where about a third of the total water potential of Azerbaijan is formed, as well as seizing a significant section of the Araz River, the Armenian occupants committed a real ecological terror. During the important period of spring and summer for the agricultural sector, water from the Sarsang and Sugovushan reservoirs was blocked, causing drought in a number of regions of the central part of the country. In winter, water was deliberately dumped, causing floods on the Terterchay River, causing damage to farmland. During the entire period of the occupation, Azerbaijan repeatedly appealed to the UN and other relevant international organizations. However, they were limited to a statement of facts and a call to compromise.

All this water "lawlessness" has ended after the brilliant victory of Azerbaijan in the second Karabakh War, and since the end of last year, our country has been able to control almost all the water resources of the Lesser Caucasus. In particular, the sewerage of the border river Araz is now under the full control of Azerbaijan. The joint use of the Khudafer reservoir with a capacity of over 1.6 billion cubic meters with Iran will enable the irrigation of 260 thousand hectares of arable land in the south-west of the country.

Today the equability of runoff in Terterchay is regulated and irrigation problems in Tartar, Goranboy, Barda and Yevlakh districts are solved as a result of the release of the Sugovushan reservoir with a capacity of 5.9 million cubic meters.

However, today the main advantage of Azerbaijan is that as a result of the return of the Kalbajar and Lachin regions, our country fully controls the mountain sources of 10 key rivers of the Karabakh region, including Khakari, Terterchay, Bazarchay, and Khachynchay. This reservoir, with a capacity of 560 million cubic meters, is currently in the zone of responsibility of the Russian peacekeepers, but the use of its waters will eventually also be controlled by Azerbaijan.

In addition to large reservoirs in the liberated territories, there are a dozen small water reservoirs with a total capacity of 80 million cubic meters, as well as mountain lakes. All sources and channels of mountain rivers in Gubadli and Zangilan districts are also under the full control of Azerbaijan.

Plans for the construction of small water distribution reservoirs and hydroelectric complexes in the mountainous areas of Karabakh will enable to regulate the frequency and volume of water supply, using it in the direction necessary for the country.