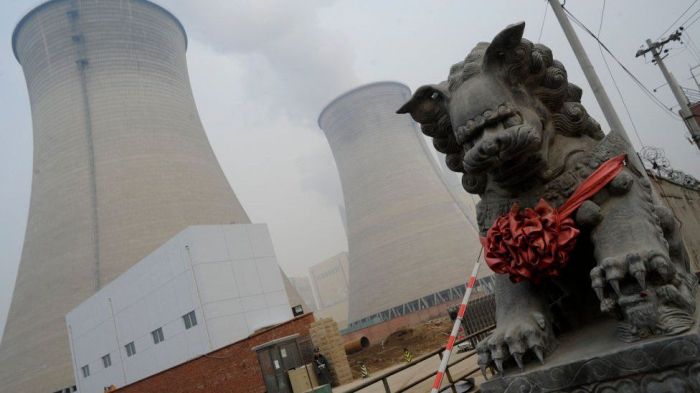 The research by Rhodium Group says China emitted 27% of the world's greenhouse gases in 2019.

The US was the second-largest emitter at 11% while India was in third place with 6.6% of all global emissions, the Us-based think tank said.

Scientists warn that without agreement between the US and China it will be hard to avert dangerous climate change.

China's emissions more than tripled over the previous three decades, the report from US think-tank Rhodium Group added.

The Asian giant has the world's largest population, so its per-person emissions are still far behind the US, but the research said those emissions have increased too, tripling over the course of two decades.

Greenhouse gas emissions. . .
China has vowed to reach net-zero emissions by 2060 with a peak no later than 2030.

"This major strategic decision is made based on our sense of responsibility to build a community with a shared future for mankind and our own need to secure sustainable development," President Xi said at the time.

However, China is heavily reliant on coal power.

The country is currently running 1,058 coal plants - more than half the world's capacity.