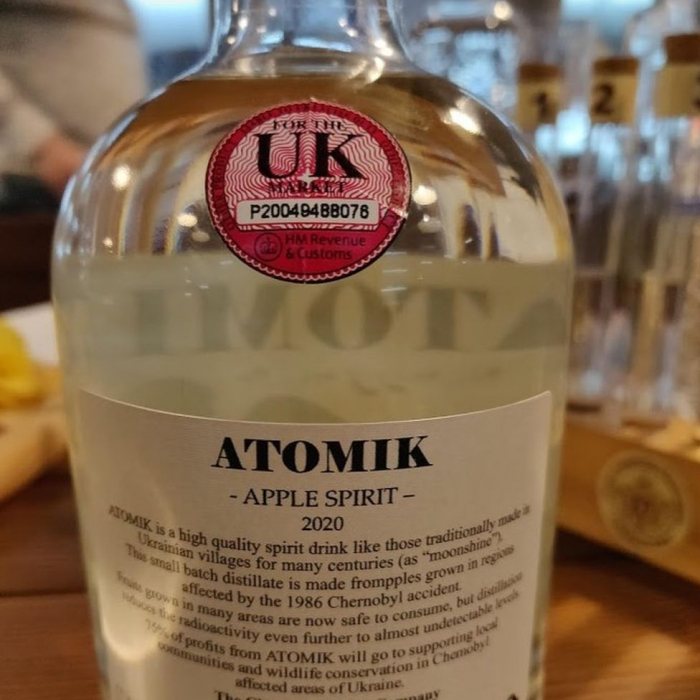 The first bottles of an "artisanal spirit" made using apples grown near the Chernobyl nuclear power plant have been seized by Ukrainian authorities.

The Chernobyl Spirit Company said 1,500 bottles of Atomik alcoholic drink were confiscated on 19 March and taken to the Kyiv Prosecutor's office.

Officers took the shipment from a truck at a distillery in the Carpathians.

The spirit, its producers say, is Chernobyl's first consumer product since the 1986 nuclear disaster.

They are now awaiting the outcome of an investigation by the Ukrainian security services but say they have "no idea" why the shipment, which was destined for the UK, was seized.

"It seems that they are accusing us of using forged Ukrainian excise stamps," explained Prof Jim Smith, a scientist who has spent many years studying the exclusion zone before setting up the Chernobyl Spirit Company with Ukrainian colleagues. "But this doesn't make sense since the bottles are for the UK market and are clearly labelled with valid UK excise stamps."