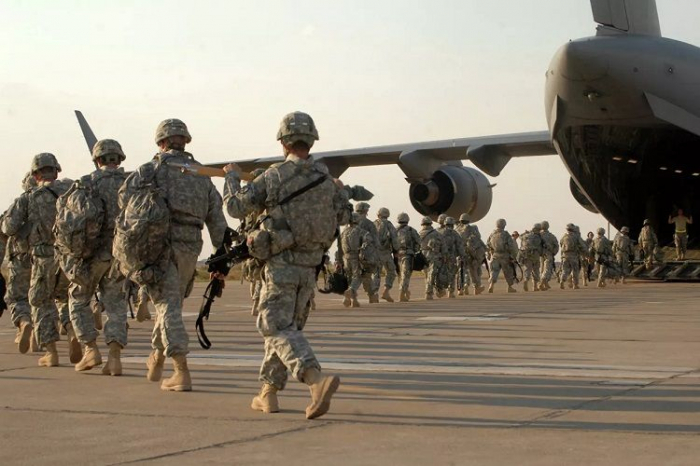 European allies are pushing the U.S. to delay its withdrawal from Afghanistan—which U.S. officials had suggested could be complete by as early as July 4—to give NATO allies more time and support to leave, U.S. officials said.

In response, U.S. officials said that their departure could be delayed by two weeks or longer to accommodate the allies’ requests. President Biden last month ordered complete pullout by Sept. 11, although military officials have said they could complete the withdrawal by the summer.

In another complication, Turkey, which for years has secured the airport in Kabul, has told the U.S. and the North Atlantic Treaty Organization that its troops may leave as well, the officials said. Turkey’s potential departure, after it initially had planned to stay until after the coalition withdrawal, could prompt some Western nations to reconsider plans to keep embassies open in the capital without an international force at Hamid Karzai International Airport, officials said.

The new concerns voiced by European allies accentuated the challenge for U.S. officials planning a quick exit from Afghanistan while coordinating with so many partners. The U.S.-led NATO coalition, which accounts for personnel from more than two dozen countries, has long adhered to a pledge of “in together, out together” regarding its presence in Afghanistan

If Turkey decides to leave, Western embassies likely will have to review plans to keep even reduced diplomatic contingents in the country. International contractors are one possible alternative for airport security, but are unlikely to be able to stay without troops to guarantee their security.

In addition, the U.S. promised the Taliban, as part of a peace deal signed last year, to withdraw all contractors as well as troops.

Mr. Biden, who said he wants to honor the Trump administration’s agreement with the Taliban, last month ordered all U.S. troops out no later than Sept. 11, the 20th anniversary of the attacks that spurred the U.S. invasion. Defense officials tentatively have aimed for July 4 as a target date for the withdrawal.

The U.S. said it would support its coalition partners logistically during their withdrawal. But some nations have said they can’t be out by that time and asked the U.S. to stay beyond July 4, to which the U.S. agreed, the officials said.

“We have a target date of early July but we know there are many factors that affect that timeline,” one U.S. official explained. “We are going to support our European allies in their deliberate withdrawal.”

A European official said that Germany as well as other countries have asked the U.S. to delay its departure until July 18. Germany has been responsible for NATO’s northern base in Mazar-e-Sharif, while Italy has held the alliance’s main base in the western province of Herat. U.K. troops have worked closely alongside U.S. forces on a variety of missions in recent years.

A NATO official said the withdrawal would be “orderly, coordinated, and deliberate.”

“The safety of our troops will be a top priority every step of the way and we are taking all necessary measures to keep our personnel from harm,” the official said. “We plan to have our withdrawal completed within a few months.”

The U.S. has at least 2,500 troops based in Afghanistan, and the largest logistical footprint, including air support, vehicles and security for troops moving out of the country.

Since the U.S. began withdrawing from Afghanistan on May 1, it has ramped up security for its forces, and this week said it had deployed a dozen additional warplanes. There are at least 9,000 coalition troops in Afghanistan, the majority from Europe.

During a Pentagon news briefing Thursday, Army Gen. Mark Miley, the chairman of the Joint Chiefs of Staff, said that the U.S. had added F-18 jet fighters to its defenses. The U.S. also is keeping an aircraft carrier strike group, the USS Dwight D. Eisenhower, in the region throughout the withdrawal. Six B-52 bombers based in Qatar also are on standby.

Gen. Milley said there had been no major attacks against U.S. or coalition forces, but the Pentagon has said the Taliban has launched “small harassing attacks.” On May 1, the Taliban had launched a rocket attack at Kandahar Air Field, where U.S. troops are stationed and withdrawing. No U.S. or coalition forces were injured, a military spokesman said.