Landmine free Karabakh: Prospects for peace and prosperity in the liberated region 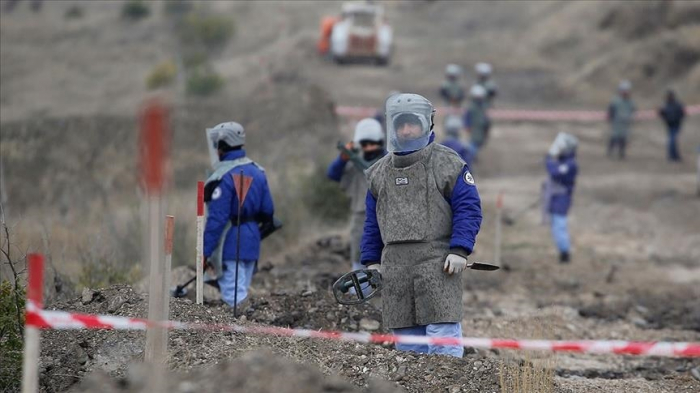 After the six-week full-scale war between Azerbaijan and Armenia, the ceasefire agreement brought new overtures to the regional socio-economic and political landscape.

The physical withdrawal of the Armenian army has marked the victory of Azerbaijan. The atrocities of the brutal Armenian forces can be witnessed in the wider area of Karabakh as the landmines have contaminated it. The Armenians have also declined to provide maps of the mines. In this context, for the socio-economic reconstruction of the liberated area, demining is the major task. Therefore, Baku leaves no stone unturned to reconstruct the area, assist the people, and demine the land. The article analyses the post-agreement scenario as Armenia remains stubborn to provide Azerbaijan with the landmines map of the liberated Karabakh region.  The study also provides a brief analysis of rehabilitation of the Internally Displaced Persons (IDPs) back into the liberated Karabakh and seven other adjacent areas.

The ended territorial conflict of Karabakh between Azerbaijan and Armenia had witnessed the third-party mediation by Russia. It has successfully played a major role as a stakeholder to resolve the prolonged conflict. In November 2020, a peace deal was signed between Azerbaijani President Ilham Aliyev, Armenian Prime minister Nikol Pashinyan and Russian President Vladimir Putin. It laid a foundation for the new post-liberation period that had begun within Azerbaijan’s internationally recognized territories.

After the great victory of Azerbaijan, the year 2021 has brought forth many new opportunities. Azerbaijan has emerged as a potential regional country in the changing dynamics of the world. The country has the potential to revitalize regional alignments, cooperation, and multilateral relations. Under the visionary leadership of His Excellency President Ilham Aliyev, the country has emerged as a great nation and strong regional partner.

The Armenian dug landmines have resulted in many traumatic cases over the 25 years of conflict. The case study by the International Committee of Red Cross (ICRC) in the pre-liberated phase of 2019 revealed worrisome facts. ICRC mission in Nagorno-Karabakh has registered 747 cases of landmine victims, of which 59% are civilians.

With a population of about 140,000, this number is striking given that most of the landmine survivors now live with some form of a permanent physical disability.  These incidents propelled the displacement of families from the conflict areas towards other parts of the country.

However, the three major clauses of the peace deal of November 2020 are vital to establish sound diplomatic ties between Armenia and Azerbaijan. The clauses are mentioned below:

- Maintenance of the land corridor between Armenia and Karabakh.

- Return of the IDPs and refugees.

- Establishment of a land transport corridor. This would reach across Armenia, between the Azerbaijani mainland and the Azerbaijani exclave of Nakhichevan (located at the west of Armenia).

Demining of the Liberated-Karabakh: A Humanitarian Cause

Since the early 1990s, the area was littered with mines and unexploded ammunition. It has been referred to as a ‘’Carpet of Landmines”. The worst affected areas are near Tartar, Aghdam, and the districts of Fuzuli and Jabrayil.

Experts from the Azerbaijan Agency for Mine Action (ANAMA) have estimated that it could take up to 10 years to demine the liberated territory. After all these atrocities, Armenian has refused to provide any map. Many civilians and military personnel have been killed or injured due to these mines. Thousands of civilians were displaced from their homes over the years due to illegal occupation. It is a massive task to clear mines and ammunition from the battlefields in and around the Karabakh region. However, under the visionary leadership of H.E. President Ilham Aliyev, the prospects of quick rehabilitation of the area are high.

The U.S Agency for the International Development (USAID) has been working to assist the humanitarian cause of clearances of landmines in the Karabakh. The current situation of demining the liberated areas has enabled the ANAMA to distinguish territories on two major operational zones;

The demining operation continues over the 300 previous illegally occupied settlements. These include; Jabrayil, Fuzuli, Gubadli, Zangilan, and Shusha. By March 2021, ANAMA successfully explored more than 2000 anti-tank, 4000 anti-personal mines and neutralized them. However, the experts view that due to lack of cooperation by Armenia, operation durations in the combat zones can take around six years while the mined-areas would take more than ten years. In this aspect, three countries have become the major parties to assist Azerbaijan with the demining operations. The details are mentioned below:

- Turkey: It is MEMATT- demining machinery. The operation is being carried out with the expertise of the Turkish squad of Special Mine Detection and Clearance Team (OMAT).

- The AARDVARK Group: It is assisting with AARDVARK-a British production. It is participating in the mine clearance program, especially in Fuzuli.

- Russia:  Its sappers patrol all over the Karabakh region and have been exploring large deposits of undischarged ammunition and ordnances.

The collateral damages in Azerbaijan included the victimization of civilians with heavy causalities. However, the pessimistic approach of Armenia remained unknown until the ceasefire agreement was implemented. Armenia has attempted to violate the agreement many times.  On the other hand, Azerbaijan has remained fair to the cause of humanity. It has not shown antagonism and has foster regional cooperation and peace.

The IDPs are almost 7 million population. They have enjoyed all basic rights similar to the settled citizens in the country. The facilities of tents and the cargo van, villages were gradually changed into temporary homes for about 315,000 people over 25 years. In present times, the efforts of Azerbaijan to re-establish the settlements consist of prudent systematic steps. It includes five major criteria mentioned below:

- Introducing small-scale pilot projects with the agenda of Great Return of IDPs.

- The replication of successful models to further reconstruct other areas.

The practical execution of the plans would include initial experimentation of the pilot projects. It would support the main idea of integration. Instant practical examples include the consolidation of ten villages of the Aghdam region. The second exceptional step comprises of conducting the initial surveys as in the case of rehabilitation of around 150 families in Jojug Marjanly.

The victory of Azerbaijan has changed the future socio-political and economic dynamics of the region. Armenia’s actions of wide-scaled landmine implantation and uncooperative behavior in the map provision are the clear manifestations of its pessimistic approach even after the ceasefire agreement. However, Azerbaijan has a high spirit to reconstruct and reconcile the area. Moreover, regional cognizance and dynamics based on the political economy would be the key elements to drive future politics and alliances. The prospects for peace and a bright future in the Karabakh region are high. Azerbaijan plays a vital geostrategic role in the Caucasus region, and its victory is a clear sign of its significant role in the region’s strategic future.