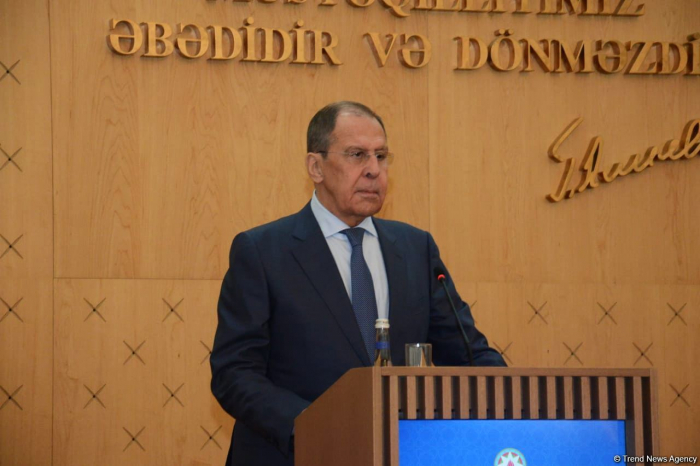 The key for further normalization of the situation in the region after the Second Karabakh War is full compliance with the trilateral agreement, Russian Foreign Minister Sergei Lavrov said on Tuesday.

Lavrov made the statement during a joint press conference with Azerbaijani Foreign Minister Jeyhun Bayramov in Baku, AzVision.az reports.

During the meeting, Lavrov noted that the agreements reached in November 2020 include everything necessary to resolve the situation and are aimed at unblocking communications in the region, which had been blocked for almost 30 years, and which hindered the development of the region.

"Our military operates in close contact with the Azerbaijani side. In general, we assess the work positively. They contribute to the restoration of a peaceful life," he added.