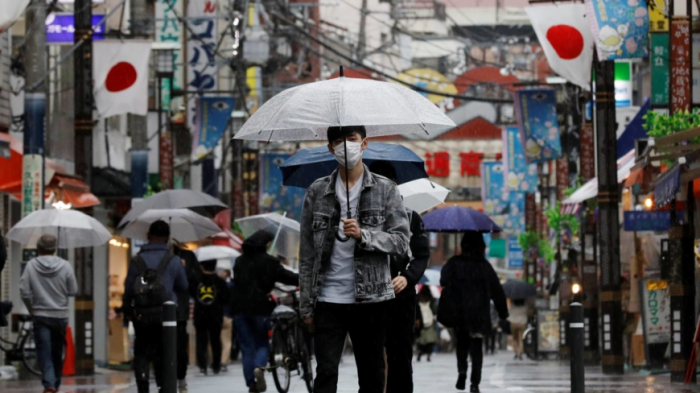 The number of COVID-19 patients in Japan designated as being in a "serious condition" hit a record high of 1,176 on Tuesday, according to the health ministry, AzVision.az reports citing Xinhua.

The latest nationwide figure compares to the previous record of 1,152 severely ill patients reported on Monday.

COVID-19 patients typically requiring hospitalization and the assistance of ventilators or extracorporeal membrane oxygenation (ECMO) machines have more than tripled over the past month, the ministry said.

The nation is currently battling a fourth wave of infections and the country's third state of emergency is currently in effect in Tokyo, Osaka, Hyogo, and Kyoto prefectures.

The deadline for the emergence period has already been extended until the end of the month and from Wednesday will be expanded to cover Aichi and Fukuoka prefectures as the virus' spread shows no signs of abating.

As for the capital, Tokyo confirmed 925 new daily COVID-19 cases on Tuesday, surging from the 573 infections reported on Monday, according to the Tokyo metropolitan government.

The western prefecture of Osaka, Japan's new virus epicenter, reported 974 cases on Tuesday, pushing up the nation's cumulative total daily tally up to 6,242 people and the overall national tally to 652,935 infections since the outbreak of the virus in Japan.