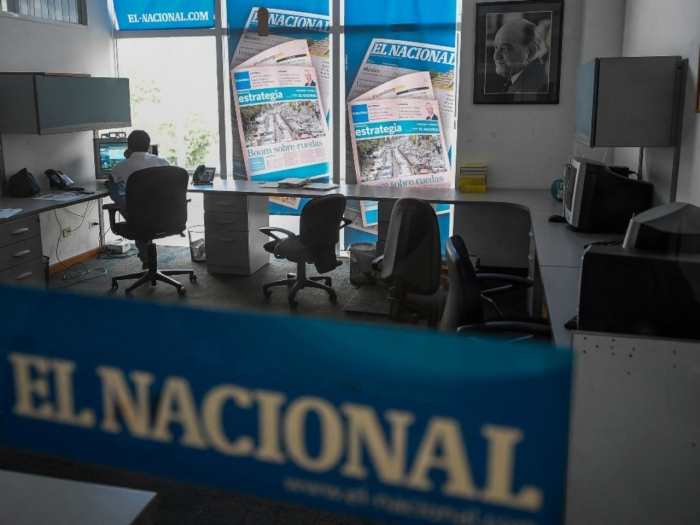 Venezuelan authorities on Friday seized the headquarters of a newspaper critical of President Nicolas Maduro's government, to cover $13 million in compensation that a court had ordered it to pay a top official in a defamation case.

"At this very moment, a judge surrounded by national guards entered the building of El Nacional to seize everything," tweeted newspaper president-director, Miguel Henrique Otero.

In April, Venezuela's Supreme Court of Justice ordered the daily to pay $13.4 million for causing "serious moral damage" to Diosdado Cabello, the second most powerful person in Venezuela after Maduro.