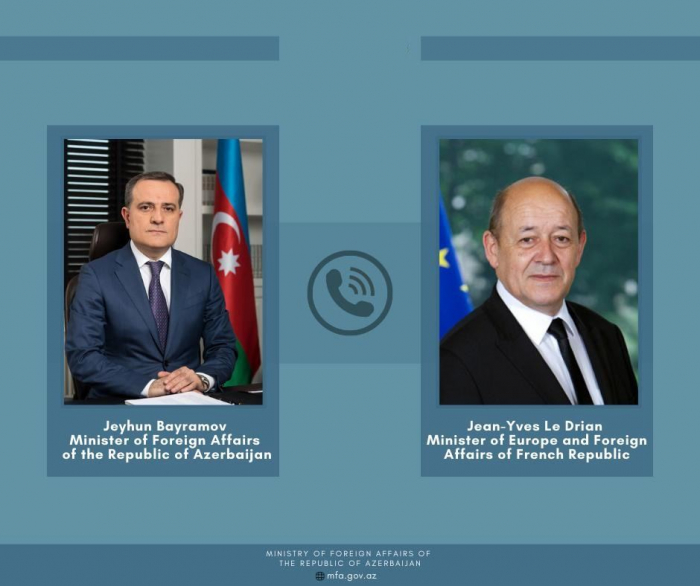 A phone conversation was held between Azerbaijani Foreign Ministry’s Chief Jeyhun Bayramov and French Minister of Europe and Foreign Affairs Jean-Yves Le Drian on the French side's initiative, AzVision.az reports citing the press service of the Ministry of Foreign Affairs of Azerbaijan.

The ministers discussed issues related to the recent tensions on the Azerbaijani-Armenian border.

According to Bayramov, after a long time, measures were taken to strengthen the border with Armenia.

He informed Le Drian about the deployment of Azerbaijani border troops in positions related to Azerbaijan, about the constructive approach demonstrated by Azerbaijan to resolve differences and tensions between the parties.

Besides, the Azerbaijani minister noted that the leadership of the State Border Service was immediately sent to the region to hold negotiations with the Armenian side.

Bayramov stressed the inadmissibility of exaggerating and politicizing border tensions and the importance of resolving such issues through negotiations.

The ministers also exchanged views on issues related to the post-conflict period.