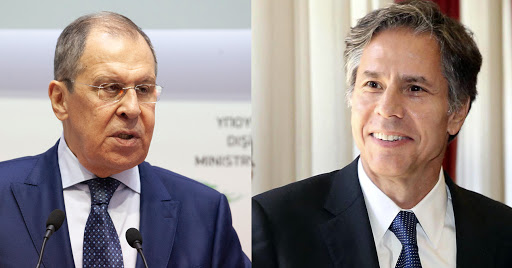 US Secretary of State Antony Blinken plans to discuss bilateral relations and the Nord Stream 2 project with Russian Foreign Minister Sergey Lavrov on the sidelines of an Arctic Council ministerial meeting, a senior US Department of State official told reporters accompanying Blinken on a trip to Denmark, AzVision.az reports citing TASS.

The conversation’s transcript was released by the US Department of State.

When asked if he planned to raise the Nord Stream 2 issue, Blinken said: "It could come up in the bilat, I suppose. And I think the same holds for Lavrov." "We’ve been very clear, as has the Congress, in our views of Nord Stream 2, and that it is a Russian strategic project that undermines European security, European energy security. So we’ll see if those things come up," the US top diplomat noted.

"We don't seek to escalate, we are simply, again, looking for a more predictable, stable relationship. And I think there are areas where we can discuss these things with Foreign Minister Lavrov," Blinken said. "We were able to do the extension of the important New START Treaty for five years right off the bat, but we also look at areas where Russia has behaved aggressively and undertaken malign efforts for which, as the president said, there will be a cost," he added.

Blinken is on a trip to Denmark, Iceland and Greenland on May 16-20. The Arctic Council ministerial meeting is set to take place in Iceland’s capital of Reykjavik later in the week.