The power of swearing – in the office 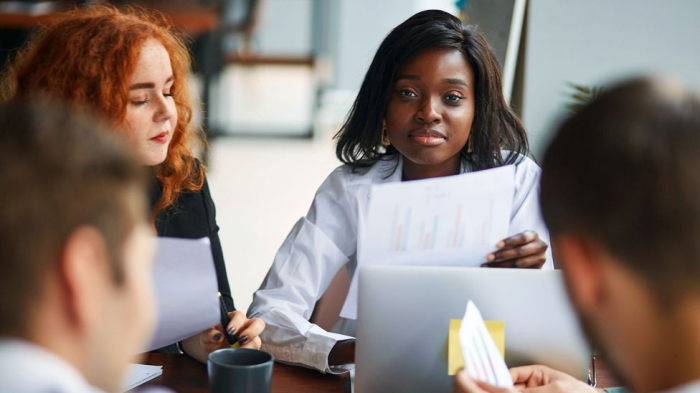 Using graphic language at work has been long frowned upon. But could there be an advantage to peppering your speech with a few strategic expletives?

When frustrations mount at work, maybe you think some unsavoury words about a colleague’s actions or a client’s email. (Maybe, while working at home on your own, you even say them aloud, too.) But seldom do the choice phrases we keep to ourselves spill out into the professional field; according to the largely unwritten rules governing workplace behaviour, conventional wisdom says swear words aren’t a part of a polished vocabulary.

However, things don’t always work out that way – even on the world stage. In early May, as tensions mounted between China and the Philippines over disputed waters in the South China Sea, Teodoro Locsin, the Philippine Foreign Minister, sent a startling tweet from his personal account, telling China to get the F out.

As expected, backlash and criticism followed. But while Locsin retracted his statement, he also tweeted that "usual suave diplomatic speak gets nothing done". True, there’s nothing diplomatic about all-caps Twitter swearing – and Locsin certainly got the world’s attention, arguably accomplishing exactly what the tweet was meant to.

So, what should we take away from this unusual display? Is there actually a strategic way to deploy a swear word to get what you want? Actually, while swearing may still be well outside the realm of what’s considered acceptable in a workplace lexicon, there may be some benefits to a carefully placed swear word or two.

Even the worst words exist for a reason

The fact that there are some words that should never be spoken at work – or, often, anywhere – is well established. Hate speech, racist or sexist remarks and abusive language are never justified and don’t have any strategic use. However, there’s a whole range of other swear words whose place is a bit more nebulous. These words, of varying strength, are not actually harmful but could be considered impolite.

Regardless of which word you choose, though, business etiquette expert Dianne Gottsman argues that these words have no place at work. Gottsman, the founder of The Protocol School of Texas, adds that they aren’t really necessary, anyway.

Gottsman points to a scene from the classic 1981 film Mommie Dearest, in which Faye Dunaway, playing Joan Crawford, walks into a boardroom and tells the “fellas” not to F with her. “I love that,” says Gottsman. “But would I walk into a boardroom and say that? No. I’d think it, and my demeanour would show it, but I don’t have to say those words to get things done. [Locsin] did not have to say that word on Twitter to get something done.”

But Timothy Jay, swearing expert, and professor emeritus in psychology at the Massachusetts College of Liberal Arts, US, disagrees. In some circumstances, he says, there’s nothing that carries as much emphasis as a swear. There are euphemisms for most ‘bad’ words, of course: think ‘darn’, ‘shoot’, ‘heck’, and phrases like, ‘shut the front door’ (a common US euphemism for a less savoury phrase that abbreviates to ‘STFU’). But Jay says even those are no substitute for the real thing.

“If they were, the foreign minister would have said ‘get the fudge out,’ which just does not convey the depth of the contempt,” says Jay. Instead, Locsin’s particular choice of phrase “allows you to express that emotion and quite readily, like no other form of language, communicate it to somebody else”, he adds. “That is the value of swearing.”

Regardless of where you fall on how moral or necessary swearing is, there may be a scientific basis to using these kinds of harsh words. Research has indeed shown that swearing can benefit the speaker, helping to alleviate physical and psychological pain. A 2020 study in the UK showed that swearing while enduring a painful experience increased participants’ pain threshold and pain tolerance by a third. Other studies have shown swearing can help alleviate emotional pain, too, so slipping a few choice words into a rant can make it much more cathartic.

So, Jay argues that swearing has value. If it didn’t, he says, it wouldn’t exist. “We’re the only animal that’s evolved to do this,” says Jay. “If it wasn’t useful, it’d become obsolete.”

What swearing can say about us

Contempt-conveyance and pain relief aren’t the only functions of swearing. Jay says using these explicit words are good for humour, self-denigration, storytelling and coping, too.

But of these additional functions, perhaps the most practical, useful one is fitting in socially. For instance, if you’re working with a group that casually peppers their speech with expletives, using some yourself can help put you on an equal playing field. “I tell my students, especially in my intro classes, ‘Look, I’m going to say some swear words in here. How do you react to that?’” says Jay. “They say, ‘It makes you seem more like us.’ It creates a connection, rather than keeping them at arm’s length.”

Knowing and using the slang of a specific group can help you build a rapport, and that slang often includes ‘off-colour’ language. People who swear often are said to be “talking like a sailor”, but Jay says every community has their own set of taboo words, “whether they’re waitresses or rugby players”. Using common language – swear words and all – can help someone slide more seamlessly into a social community.

Swearing can also provide a clue into your character – although maybe not in the way that you instinctively think. Perhaps bucking popular belief, research suggests swearing can make you seem more trustworthy or intelligent. One multi-national study showed that people who use profanity are considered to be less deceptive and to have more integrity.

And contrary to your grade-six teacher’s assurances that cursing indicates a poor vocabulary, Jay’s research says the opposite is true. “People who have a lot of different words for different things are also good at generating swear words,” he says. “People that are good at language are usually intelligent; swearing is a demonstration of novelty, flexibility and creativity.”

We’re not all swearing by the same rules

These upsides of being occasionally inappropriate aren’t necessarily available to everyone. Swearing, whatever its potential benefits, is still a breach of the code of politeness, and some people can break those rules more readily than others.

When men, especially those in positions of power, use profane language, it can be excused or written off as “locker room talk”, or viewed with an attitude of “boys will be boys”. Women operate under a separate standard. Research shows swearing can be more offensive depending on the identity of the swearer. One study showed that when a woman and a man used the same dirty word, the woman was considered six times more obscene.

“Look at Hillary Clinton, who never said anything worse than any male politician,” says Jay, “but she was branded as brash. For women in the workplace, it’s a choice to be made. You have to talk like the men, use what’s called ‘powerful language’, swear if they’re swearing, otherwise you come off as passive and meek. But if you do, you’re likely to be labelled too brash. Here we are in 2021, and we still have a double standard.”

That double standard doesn’t only affect women. There’s a significant racial component, too. In another story, researchers asked black and white people to use the same swear words, and found that black speakers are perceived as being more offensive when using non-ethnic profanities.

Ultimately, it’s a question of power, says Jay. The executives who have historically made the rules – most of them white men – are the same people who can break them with little consequence. For everyone else, the stakes are higher.

Swear if you want – but it’s a risk

Although the commonly held rules about swearing in the workplace seem fairly ingrained and immutable, times have rapidly changed, says Jay, as words that were once obscure and rarely heard now litter movies, television shows and social media. Gen Z, and anyone younger, doesn’t know a world without these phrases, he adds. “We’re exposed to much more cursing. The young generation is growing up in a different language environment, and the sensibilities will be different.”

That may mean hearing off-colour language at the office isn’t the major shocker it once was. But although younger workers have been changing the composition of professional speak, etiquette-expert Gottsman cautions that this doesn’t mean profanity will – or should – be folded into business-speak. “There may be some people who aren’t as offended by it, but the rules remain,” she says.

That’s especially true as generations who aren’t used to this more relaxed linguistic approach are still the ones who wield most of the office power. So, it’ll behove you to read the room: “You better wait for your boss to swear before you do,” says Jay.

The biggest risk of swearing – on Twitter, on a date or at work – is that you may not know if your colourful language has negatively influenced someone’s perception of you (despite the research that says it may benefit you, that’s not always the case). For instance, it’s unlikely your boss will stop a meeting to ask you to watch your language, but she won’t forget if you offended her.

“Nobody will slap your hand,” says Gottsman. “You’ve got to be smart enough to read the room. But we just don’t know who we’re offending. It’s always a risk. That’s my final answer – it’s always a risk.”