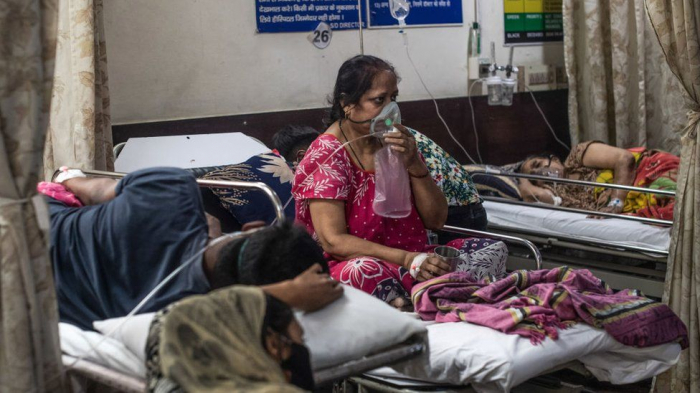 The daily virus-linked death toll has, however, remained over 4,000 for the second consecutive day on Monday, with the country reporting 4,106 new fatalities, pushing the total to 274,390.

India has seen an exponential rise in cases, with the daily number surpassing 400,000, while for the past many days, the country has reported less than 400,000 single-day infections. On Monday, the numbers dropped to 300,000 for the first time since April 21.

The national capital Delhi, which was the worst hit by the pandemic, has also seen a huge decline in daily infections.

Indian Prime Minister Narendra Modi has been facing criticism over his government’s response to the deadly second wave. The country is now facing an acute shortage of vaccination, with many states saying they do not have sufficient stock of vaccines.

To prevent the spread of the virus, many cities and states have now extended the lockdown.