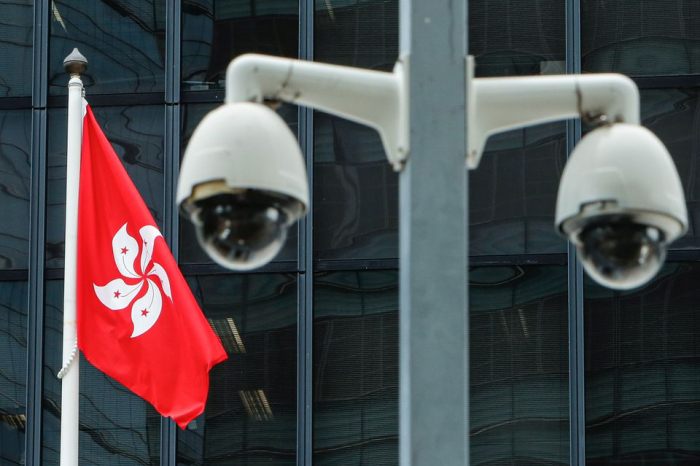 Hong Kong government's suspended on Tuesday operations at its representative office in Taiwan in a sign of escalating diplomatic tension between the global financial hub and the democratically ruled island that Beijing claims.

The tension between Hong Kong's Beijing-backed government and Taiwan have risen since pro-democracy protests erupted in Hong Kong in 2019 and China responded by imposing a sweeping national security law in the city that prompted many activists to leave, some for Taiwan.

A Hong Kong government representative did not provide an explanation for the decision to halt operations at the Hong Kong Economic, Trade and Cultural Office, adding only that the decision was not related to the recent rise in coronavirus cases in Taiwan.

"The suspension is not related to the pandemic situation in Taiwan. We do not have anything further to add," the representative said in a statement.

Taiwan's government said that while it respected the decision, it also regretted it.

Taiwan has criticised the security law that Beijing imposed in Hong Kong and opened an office in Taipei to help people who may want to leave.

In August last year, China intercepted a boat carrying 12 people from Hong Kong, who had all faced charges related to the anti-government protests, and were apparently looking to escape to Taiwan.

Last year, Taiwan officials in Hong Kong were told their visas would not be renewed unless they signed a document supporting Beijing's claim to Taiwan under its "one China" policy, a person with direct knowledge of the matter told Reuters.

Taiwan's Mainland Affairs Council said this month there were only eight Taiwanese staff members left at its de facto consulate in Hong Kong, and that all their visas were due to expire this year.

Hong Kong's Constitutional and Mainland Affairs Bureau said the suspension in operations meant requests for assistance from Hong Kong people in Taiwan would be handled through hotlines and via a Hong Kong government website.

Beijing sees Taiwan as part of "one China" and has never renounced the use of force to bring the island under its control.

China has proposed that Taiwan be brought under Chinese rule under a similar "one country two systems" arrangement it offered to Hong Kong when it returned to Chinese rule in 1997.

All of Taiwan's main political parties have rejected the idea.

Hong Kong has long served as an important trade and investment conduit between Taiwan and China, which have no diplomatic relations.

The security law in Hong Kong punishes what China broadly defines as subversion, secession, terrorism and collusion with foreign forces with up to life in prison.

Critics of the law fear it will crush the wide-ranging freedoms promised when it returned to Chinese rule. Supporters say it has restored the stability that is essential for its economic success.