How processed food changed our species 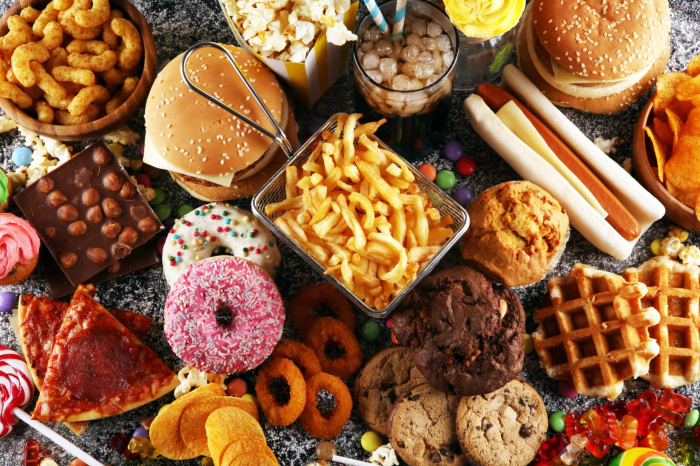 Processed food isn’t just a modern invention, created in factories from artificial ingredients. It is as old as humanity itself and may have helped create our species, writes Nicola Temple.

My first introduction to processed food began as a child in rural Canada, where we grew 90% of what we ate on our seven-acre homestead. After a carefree summer of catching fireflies and frogs and plucking sugar snaps from the vine, late August marked the start of winter preparation.

In the stifling humidity of an Ontario summer, perched on vinyl 1970s kitchen furniture, we topped and tailed, shucked and shelled, and boiled and blanched – processing all of our homegrown produce so that it would feed us through the long, cold winter.

Yet, processed food these days has a far more negative connotation. The words conjure images of "cheese" covered polystyrene-like snacks or "just add water" meals with suspicious "flavour" pouches; these are ultra-processed foods.

Is it fair to paint all processed food with the same brush of disdain? We forget that innovations in food processing have also helped to improve nutrition, reduce food waste and provide us with more leisure time. It is far more complex than to claim all processed food is bad. Processed food has, for better or for worse (and likely both), changed our relationship with food. Long before that, it shaped us as a species.

Our hominin relation, Homo habilis, which lived between 2.4 million and 1.4 million years ago, bears the first evidence of food processing. Unlike its evolutionary predecessors, habilis had relatively small teeth. It is thought that such an evolutionary trend could only begin if the food was being manipulated before it reached the mouth. Pounding roots with rocks or slicing thin strips of meat to make it easier to chew could translate to about 5% less chewing. With less strain on the chewing apparatus – the jaws, muscles and teeth – the body can redirect those energetically expensive tissues elsewhere, causing the face to become smaller relative to the overall skull size.

Homo erectus (1.89 mya – 108,000 years ago) and Homo neanderthalensis (400,000-40,000 years ago) had much smaller teeth than one would predict based on their skull sizes. Evolution could only favour such a reduction in tooth size if the food had become easier to chew, and this is likely to only have been accomplished through thermal processing – cooking.

Cooked food requires 22% less muscle to chew and it can release energy (calories) that might otherwise be inaccessible in the raw product. As well as arguably putting our ancient ancestors on a trend toward small faces and big bodies, processed food led to a significant gain in leisure time. Less time spent chewing left the mouth free to develop complex oral language. Energy could be directed to growing a bigger brain rather than a heavy-duty chewing mechanism, and cooked food fed that calorie-hungry brain. When I say that processed food has helped shape us as a species, I mean it quite literally.

However, it continues to do so and that is perhaps more worrisome. Ultra-processed foods have certainly been linked to our ever-increasing body size and our cooked, soft diet is ultimately to blame for misaligned teeth. Small face, big body, crooked teeth – perhaps this is not a trend we wish to continue.

What drove our early ancestors to process food – preservation – remains the main driver behind food processing today. Advancements in technology mean we can now flash-freeze produce in the height of the season mere moments after it has been plucked from the earth, locking those essential nutrients up until they are released again months later on some stove top thousands of miles from where the produce was grown.

Yet there have been many other drivers along the way that have forced food innovation. When more seamen died of malnutrition than in battle during the Seven Years War and Napoleonic Wars, the push to find new ways of preserving food drove the development and widespread adoption of canning. In 1912, a change in legislation in the UK made it necessary for the middle classes to give their household servant a half-day off each week; this drove the first iterations of the "ready-meal" as middle-class housewives suddenly found themselves having to cook one evening meal each week.

It was war again (this time World War Two) that limited the availability of tin coming from China, grinding canning to a halt and opening the market up for frozen foods. An oversupply of turkey in the 1950s birthed the invention of the TV dinner. Food waste even drove one Californian farmer in the 1980s to revolutionise healthy snack. Sick of seeing more than 360 tonnes of aesthetically unpleasing carrots go to waste each year, he bought an industrial bean-cutter and started peeling the ugly carrots and cutting them into convenient two-inch pieces. It was the beginning of the mini-carrot revolution and it drove US carrot consumption up by 33%.

War, malnutrition, supply and demand, food waste – these are all drivers of innovation, as are sustainability, food safety and food security.

Another main driver behind food innovation in modern society is convenience. In just 60 years, the amount of time spent preparing the evening meal in the UK has gone from 1.5 hours to just over 30 minutes. There has also been a dramatic change in the family unit in these 60 years. The number of women working outside the home has dramatically increased and the number of single-parent families has tripled. It’s not surprising people aren’t keen to spend 1.5 hours in the kitchen preparing a meal with the kids at their heels after a long day at work.

Yet, the average household still manages to squeeze in nearly 4 hours of television daily (this soared to over six hours a day during the COVID-19 lockdown). So perhaps we need to be honest about whether we have time to cook or whether we are choosing to spend our time doing different things.

It is not only why we process food but how we process food that has changed dramatically with time. Cheesemaking is an excellent example, as humans have been doing it for at least 10,000 years. The first foray into cheesemaking likely happened by accident. Milk carried in a skin sack made from an animal’s stomach got heated slightly and the remnant enzymes in the sack caused the milk to curdle. Or perhaps the stomach contents of a slaughtered suckling animal were explored and some brave soul decided to give the curdled milk a taste.

These early adventurous eaters would have noticed that the curds didn’t have the same ill effects that raw milk did (most adults at the time would have been lactose intolerant). Dairy became a staple source of protein. A mere 8,700 years later there were approximately 700 different types of cheese being made around the world. From cave-aged cheddars to a smooth Brie, from fresh feta to Himalayan chhurpupu made from yak milk that can last 20 years if stored properly.

Then, over the next 200 years, we managed to take a good portion of that diversity and turn it into a monotonous, mass-produced approximation of the real thing. Industrialisation meant milk from numerous farms was amalgamated, losing the distinct flavour of each farm and each season and leading to the demise of the farmhouse cheesemaker.

Manufacturers began to favour a more consistent product that had less fat and that could be made in less time and for less money. They skimmed the cream off the top to make it into more high-value items, and then having lost the rich yellow colour of the cheese, began to add carrot juice or marigold to get it back. Manufacturers added enzymes to the milk to speed up the ripening time.

In the 1950s gas chromatography allowed the flavour compounds associated with a ripening cheese to be analysed, isolated and identified. This enabled food scientists to begin to truly tweak the cheesemaking process – enhancing flavours through the addition of specific amino acids to achieve a mature flavour in a fraction of the time.

As consumers, we have an obligation to be informed and to let manufacturers know what we consider to be acceptable
Eventually, food science used enzymes and flavour compounds to create a cheese that was so cheap to produce that it became an economical ingredient for other food manufacturers. Enzyme-modified cheese can impart a true cheese flavour to any food with very little expensive milk product involved at all. But this begs the question of where the line should be drawn – when does enhancement and improvement become deceit?

Beyond Natural will look at processed food from diverse perspectives. From the hidden additives in healthy food through to the processes seen in nature itself, the series will take readers behind the scenes into a day in the life of a food scientist, as well as offer practical advice on how to read food labels. The series acknowledges the complexity of this topic and helps to challenge perceptions of processed food.

As consumers, we have an obligation to be informed and to let manufacturers know what we consider to be acceptable (and when we feel the line has been crossed) with our purchasing power. The innovations in food processing could help solve food insecurity, reduce food waste and decrease the environmental impacts of food production – or put more money in the pockets of food manufacturers.