Super blood moon: How to watch the total lunar eclipse of May 2021 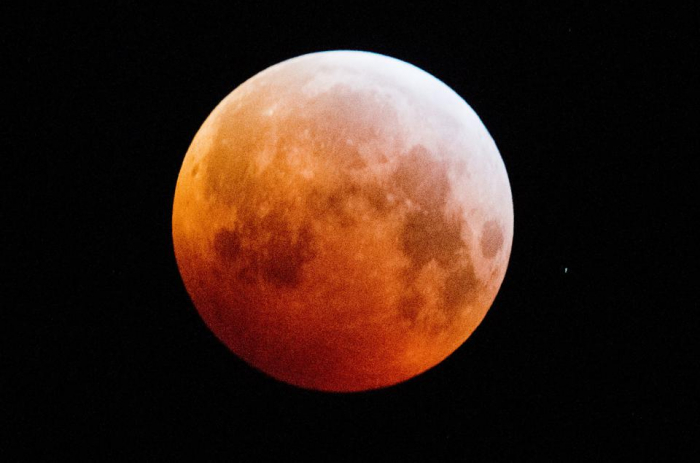 It’s not happened since January 20, 2019, but the wait of over two years ends on May 26, 2021, when a brief total lunar eclipse comes to North America and the Pacific Rim.

Known colloquially as a “Blood Moon” despite an eclipsed Moon actually appearing a reddish copper colour, it’s an event not to be missed if you happen to be on the night-side of Earth at the right time.

Here are seven things you need to know about next week’s “Super Flower Blood Moon Eclipse” to help you better experience this rare event:

The Full Moon on May 26, 2021, is going to be the biggest of the year because it occurs while our satellite is at the closest point to Earth in its slightly elliptical monthly orbit. That’s called perigee, and a few hours before the eclipse the Moon will actually be the closest it gets to Earth this year—222,022 miles/357,311 km.

To the keen-eyed observer, the Moon will appear to be about 8% larger than an average-sized full moon.

The “Flower Moon” part? That comes from the traditional name for May’s full Moon.

2. It will cause dramatic ‘king tides’ on Earth

The eclipse itself is purely a visual event but the “supermoon” nature of the Moon’s position will mean a very high and very low perigean spring tide—a.k.a. a “king tide—so brings the threat of flooding to coastal areas.

3. The Pacific Rim will get the best view

As this map shows, the entirety of this eclipse will be visible only to those around the Pacific Rim, from the west coast of the U.S. to the South Pacific, New Zealand, Australia and Eastern Asia.

From the U.S.—notably in Los Angeles and San Francisco—the event happens close to moonset in the western sky during the early hours, so it will hang rather low on the horizon, while in East Asia—including in Hong Kong and Singapore—the full Moon will be eclipsed just after moonrise in the east.

From Hawaii, the “Blood Moon” will appear to be high up in the darkest skies of the middle of the night.

4. Totality will be short and bright

On May 26, 2021, it will last for just 14 minutes and 30 seconds, not far off that minimum, because instead of travelling through the centre of Earth’s shadow it will pass through its northern part, just 21 miles (34 km) from its outer edge.

Consequently, the Moon’s northern limb is predicted to be rather bright during totality.

5. The red Moon will be close to a red supergiant star
During the eclipse, the Moon will be in the constellation of Scorpius, and about 5° from an enormous star called Antares.

The 15th brightest star in the night sky and unmistakably reddish when viewed with the naked eye, Antares – which means “rival of Mars – is 600 light-years away about 700 times larger than the Sun.

The Moon in mid-total eclipse, on January 20, 2019, with it shining beside the Beehive star cluster, ... [+] VWPICS/UNIVERSAL IMAGES GROUP VIA GETTY IMAGES

6. The Milky Way may appear during totality

Go outside during a full moon and try to find the Milky Way. It’s really difficult even if you’re standing beneath a clear, dark sky. During a total lunar eclipse, the sky’s biggest light-polluter is effectively switched off. So for 14 mines and 30 seconds, no significant sunlight will flood the night sky—and the summer Milky Way may appear.

It’s an incredible fleeting sight during a total lunar eclipse.

That goes double during this particular event because the Moon will be positioned across the constellation Scorpius—home of the arc of our home galaxy. So while you don’t need to find a dark sky to watch the “Blood Moon,” if you do you will get a bonus sight.

7. A ‘Dark Sky Country’ in the South Pacific will get the best view

Though anywhere in the Pacific Ocean is a deal for this eclipse, the centerpoint is very close to tiny Niue—a coral atoll in the South Pacific, population 1,500.