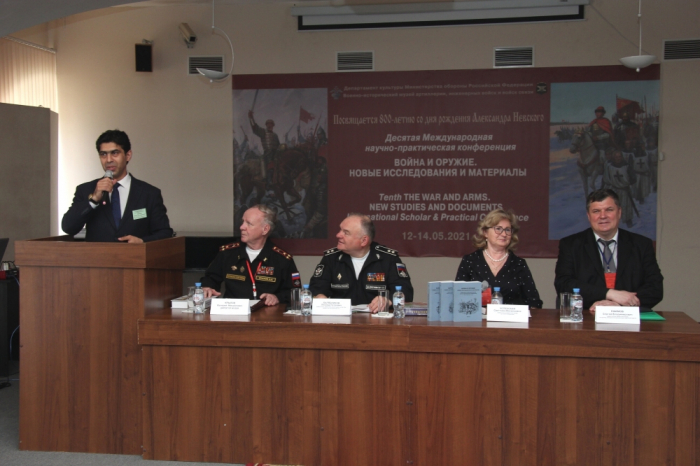 First Deputy Chairman of "CASTLE" Protect Cultural Heritage and Historical Monuments, Member of the Board of the ICOMAM International Committee, Doctor of Philosophy in History Parvin Gozalov made a scientific report at the 10th International Scientific-Practical Conference held at the Military History Museum of Artillery, Engineering and Communication Troops in St. Petersburg, Russia.

Parvin Gozalov noted in his report "Islamic symbols in the attributes of statehood during the khanate" that the khanates were established as a state body and had the attributes of statehood in their socio-political activities. He noted that as a result of the Azerbaijani Army's counter-offensive in response to the Armenian provocation in the frontline on September 27 last year, the occupied lands were liberated from the enemy.

Parvin Gozalov was awarded by the director of the museum with a letter of thanks for his active participation in the International practical conferences "War and Weapons: New Research and Materials".

The Azerbaijani scientist also attended the opening ceremony of an exhibition dedicated to the 800th anniversary of St. Alexander Nevsky in St. Petersburg.