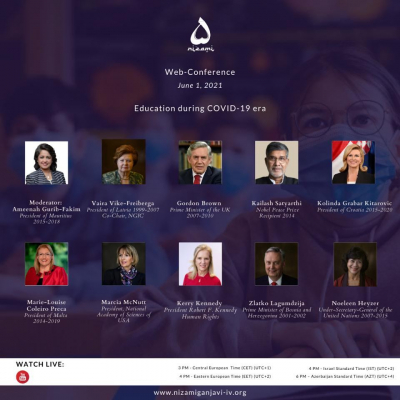 Nizami Ganjavi International Center will host it’s next web-discussion under the theme Impact of COVID-19 on Education, AzVision.az reports citing the Center.

The COVID-19 pandemic is affected educational systems worldwide, leading to the near-total closures of schools, universities and colleges. Most governments decided to temporarily close educational institutions in an attempt to reduce the spread of COVID-19. As of 12 January 2021, approximately 825 million learners are currently affected due to school closures in response to the pandemic. According to UNICEF monitoring, 23 countries are currently implementing nationwide closures and 40 are implementing local closures, impacting about 47 percent of the world's student population. 112 countries' schools are currently open.