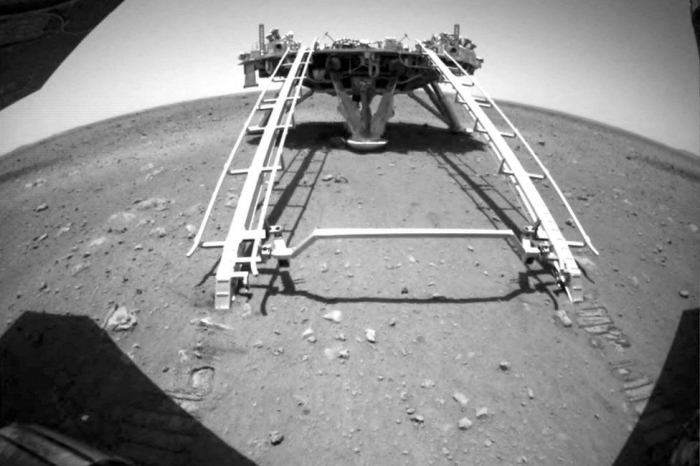 China's remote-controlled rover, which landed on Mars a week ago, has driven down from its landing platform to the surface of the planet, AzVision.az reports citing BBC.

This makes China the second country after the US to operate a rover there.

The Zhurong robot is due to study the planet's surface rocks and atmosphere. It will also look for signs of life, including any subsurface water or ice.

China's Tianwen-1 mission, consisting of an orbiter, lander and rover, was launched in July last year.

The deputy chief commander of the mission, Zhang Yuhua, said the rover was designed to operate for 92 Earth days (or 90 Mars days, known as "sols", which are slightly longer than Earth days) and would share its data via the orbiter.

"We hope we can get a comprehensive covering of Martian topography, landform and environment, and the exploratory data of the radar detecting the Martian subsurface during one Martian year," she said.

"By doing so, our country will have our own abundant and first-hand data about Martian resources."

This colossal basin - more than 3,000km (1,860 miles) wide - was likely formed by an impact early in the planet's history. There is some evidence pointing to it having held an ocean long ago.

Remote sensing by satellites indicates there are significant stores of ice at depth.