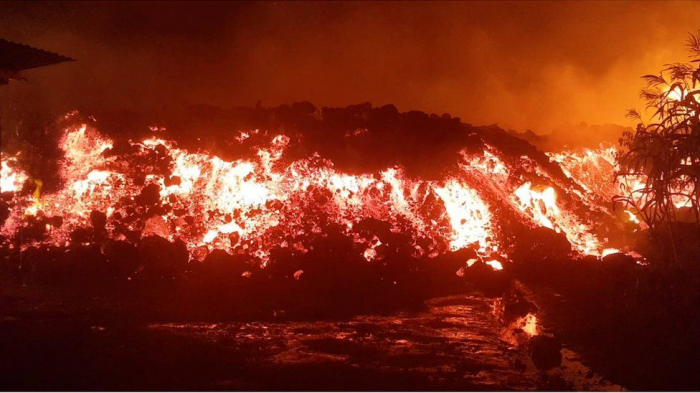 Thousands of people have fled their homes in the Democratic Republic of Congo after a large volcano erupted, AzVision.az reports citing BBC.

Fountains of high lava burst from Mount Nyiragongo into the night sky forming a thick red cloud over the town of Goma, which has a population of two million.

The lava flow reached the city's airport but has reportedly now stopped.

During the early hours of Sunday, many residents headed across the nearby Rwandan border, while others went to higher grounds to the west of the city.

Crowds were seen with mattresses and other belongings, fleeing even before the government's announcement, which came several hours after the eruption started.

Rwandan authorities said about 3,000 people had officially crossed from Goma. The country's state media said they would be accommodated in schools and places of worship.