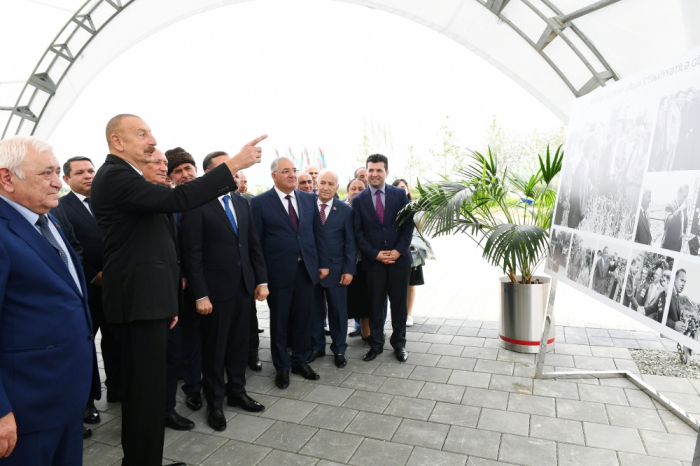 President Ilham Aliyev made the remarks during his visit to the liberated Aghdam region.

"Several events have already been held. The foundation stone of school No. 1, which is very important for the city of Agdam has already been laid. You know well that this school has a long history - 140 years. The foundation of Aghdam Industrial Park was laid in order to create jobs in the future. The park covers an area of ​​about 200 hectares and will employ hundreds, maybe thousands of people in the future.

The foundation of the Barda-Aghdam highway has been laid and the road will be commissioned in the near future. Besides, my instructions envisage the construction of the Barda-Aghdam railway and railway station. The concept of the Museum of Occupation and the Museum of Victory in Aghdam was presented to me. The location has been chosen and both the museums of Victory and Occupation will be great," the head of the state said.