What is the fastest ways aviation could cut emissions? - iWONDER 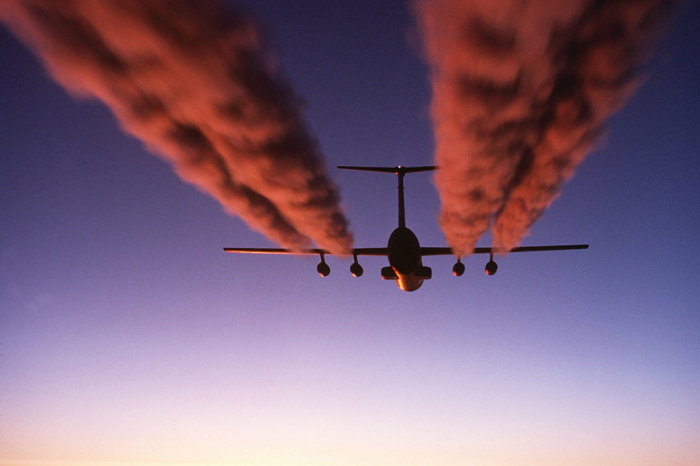 From switching the fuel they use to changing flight plans so they produce fewer contrails, airlines are searching for ways to cut their impact on the climate.

This is why flying individuals, or goods, around the world is so very energy-intensive – and so terrible for the climate. Just one flight can emit as much CO2 as many people do in a year, and the number of flights globally is expected to grow at an alarming pace over the coming decades.

Compared to other sectors, aviation is a relatively small contributor to global greenhouse emissions, but it is also one of the fastest-growing. Between 2000 and 2019, there was a 5% average rise in flights per year; by 2019, it accounted for 2.5% of the world's CO2 emissions.

With Covid-19, flights and passenger numbers plummeted, but the number of people flying is expected to return to 2019 levels within a few years and continue to grow. All this means that we need to start doing far more on aviation emissions and fast. But bar gradually rising efficiency in planes, little progress has been made so far on how to actually decarbonise aeroplanes

If the world hopes to limit global warming by meeting the ambitious cuts in carbon emissions set out in the Paris Agreement on climate change, aviation will need to move away from fossil fuels completely in the long term. Companies like Airbus have grand plans to develop hydrogen planes within 15 years, for example, but what can be done in the shorter term to curb the aviation industry's impact on the climate? Can we find alternative fuels to burn in our aircraft or even change the way aircraft fly so they are kinder to the planet?

In 2010, a venture founded by Dutch airline KLM and several other partners began one of the first efforts to develop more climate-friendly alternatives to conventional kerosene.

Little was known at the time about how to do this, says Maarten van Dijk, one of the three and managing director of SkyNRG. "But we knew that whatever happened, someone needed to get the fuel and get it into an aircraft and sell it. So that's what we started focusing on."

Eleven years on and SkyNRG is one of a handful of companies supplying "advanced waste" biofuels to airlines. These fuels are made from recycled waste such as used cooking oil, industrial waste and agricultural and forestry residues.

But industry-wide, the production of alternative fuels remains minuscule. The problem is that it takes time, investment and technology – as well as a strong policy push – to swap out fuel as ubiquitous as kerosene. A recent paper from the International Council on Clean Transportation (ICCT) found that at most 5.5% of aviation fuel in the EU could come from sustainable sources by 2030, largely from advanced waste biofuels.

Alongside advanced waste biofuel, the other main short-term sustainable alternative to fossil jet fuel is synthetic fuel made using electrochemical reactions between water and captured carbon.

In 2019, 13 million gallons (50 million litres) of SAFs were used in flights, just 0.01% of global aviation fuel, meaning the industry missed a goal set in 2010 to reach 6% use by 2020. Several EU countries have already set blending mandates for SAFs: the Netherlands, for example, has said 14% of its aviation fuel must be sustainable by 2030.

The reason so little is currently used is that these fuels are both expensive and have a very limited supply. The vast majority of sustainable fuels used in aviation today come from advanced waste biofuels, but there is demand for this from other sources such as cars, trucks and ships. And as countries aim to establish more sustainable economies, making biofuels in this way could become more difficult.

"There are competing uses for it and not a lot of availability, because who knows, in 2030, how much waste we will actually produce," says Jo Dardenne, manager of aviation at the Brussels-based non-profit Transport and Environment (T&E). "We're moving towards a more circular economy."

T&E has warned against setting targets for clean aviation fuels too high, due to concerns over a lack of sustainable options in the short term. They warn that pushing the aviation industry to use more biofuels before reliable sources are in place could lead airlines to switch to low quality, unsustainable food-based biofuels – such as those made from palm oil and linked to deforestation.

Synthetic fuels, on the other hand, have more potential to be scaled up. But there is almost no production right now. In order to be truly low carbon, these fuels also need to fit strict sustainability criteria, made using clean electricity as well as a source of carbon captured from the atmosphere in the first place.

The first flight using sustainable e-kerosene only took place this year – and even this only used 5% of it in its fuel mix. "The big problem is that at the moment, it's about three times the cost of kerosene," says Chris Lyle, chief executive of the Air Transport Economics consultancy. When scaling up, this becomes a significant issue.

Further into the future, planes could be powered entirely on hydrogen or batteries. Airbus already has plans to develop the world's first hydrogen commercial aircraft by 2035. But powering long haul flights with either of these technologies will be tricky.

"We think that there's a role for them and breakthrough aircraft should be incentivised and innovation should help the sector decarbonise," says Dardenne. "But we are quite sceptical of the timeframe and the costs of developing these aeroplanes."

All this means that other measures will be needed for the aviation industry to put a serious dent in its emissions in the next decade.

"Everything, even if it's more into the future, needs to start today and we need to do it swiftly," says van Dijk. "And then everything that's left on the fossil fuel side needs to be replaced with sustainable [fuel]."

To date, the industry has made most progress on efficiency gains in planes, with new aircrafts today around 85% more efficient than those entering service in the 1960s, and the UN's aviation agency aims to achieve 2% improvement in fuel efficiency a year up to 2050.

But growth in flights has so far strongly outpaced these efficiency gains, and the industry's long-term projections for growth would see this continue. "Even if it's a new generation of aircraft that are more efficient, if you add to the fleet in order to grow and you still burn kerosene, then you're going to increase your emissions overall," says Dardenne.

Flights today are largely optimised on a cost basis, but optimising them for CO2 levels could shave off further emissions. Technology can support this: airlines such as AirFrance and Norwegian Airlines have signed up to use Sky Breathe, an AI technology which analyses flight operations to reduce fuel consumption.

But there is also another way that adjusting flight routes could cut aviation's climate impact: avoiding the conditions for making contrails.

As well as it's CO2 impact, aviation also has a significant non-CO2 climate impact. A recent analysis for the EU Commission found these emissions may double or even triple the climate impacts of aviation compared with CO2 alone.

They include particles, nitrogen oxides and sulphates, but their largest climate component is through the production of contrails, which in some conditions can spread out and persist over long periods of time, says Marc Stettler, a lecturer on transport and the environment at Imperial College London. "Essentially these contrails can alter the balance of radiation entering and leaving the Earth," says Stettler.

But not all flights create contrails to the same extent: they form largely in humid and cold atmospheric conditions. A 2020 study modelling the Japanese airspace co-authored by Stettler found that just 2% of flights contributed to 80% of the contrail warming effect.

The study showed for the first time just how few flights make more contrails, says Stettler, and indicates that relatively simple changes to altitude to these few flights could vastly reduce this climate impact. "That's something that we think could be done easily within the next decade."

An ongoing trial by the EU's aviation authority, Eurocontrol and the German Aerospace Institute is already testing the feasibility of avoiding contrails using operational methods. "I can envisage some future wherein the flight planning process of deciding exactly what the route should be, it accounts for fuel consumption, as it does already today, but it also accounts for the potential to form contrails," says Stettler.

It's worth noting that, even in a case where all kerosene is replaced with SAFs, contrails will still be a climate issue for planes.

The above measures can go some way to reducing the climate impact per flight, but industry roadmaps tend to show aviation emissions in 2030 as higher than 2019 levels even including these measures due to the expected growth in overall flights.

"Fundamentally, we have to face the fact that up until 2030, there are only a very limited number of options to cut aviation emissions," says Dardenne.

Stronger policies could push a larger dent in emissions in the next decade. So far, the major global policy to address aviation emissions has been an offsetting scheme developed by the UN aviation agency ICAO. However, the scheme has long been slammed as inadequate by campaigners, who criticise its failure to incentivise airlines to cut their own emissions by instead allowing them to buy cheap offsets, and only for only applying to emissions above 2019 and 2020 levels. Last year the body changed this joint baseline year to 2019 due to the collapse of international air traffic in 2020. Since the scheme only promised to offset emissions above the baseline year, this means even offsetting will be non-existent until flight levels return to above 2019 levels.

"With the decision to base it on 2019, instead of the average of 2019 and 2020, it will not have any impact at all, for about five years now," says Lyle, who is also a former official responsible for the environment at ICAO. Lyle believes international aviation should instead be added to the UN climate pledges of states under the Paris Agreement.

Other policies could also reduce demand for flying. Climate action group Possible is pushing for a frequent flier levy, which would see everyone get one tax-free return flight each year but add a gradually rising tax on any subsequent flights, a policy that proved popular at the UK's citizen climate assembly last year. Others are calling for an end to the current tax exemption for kerosene.

Countries such as Austria and France have also made moves to curb short-haul flights on routes where there is a rail connection.

Others consider even stronger policies are needed. "In all honesty, there's one silver bullet to solve this all: we should simply say, 'Stop getting that stuff out of the ground,'" says van Dijk. "You need one policy: cap fossil fuel. Just cap it and start reducing it."