France to support restoration of peace between Armenia and Azerbaijan, says Macron 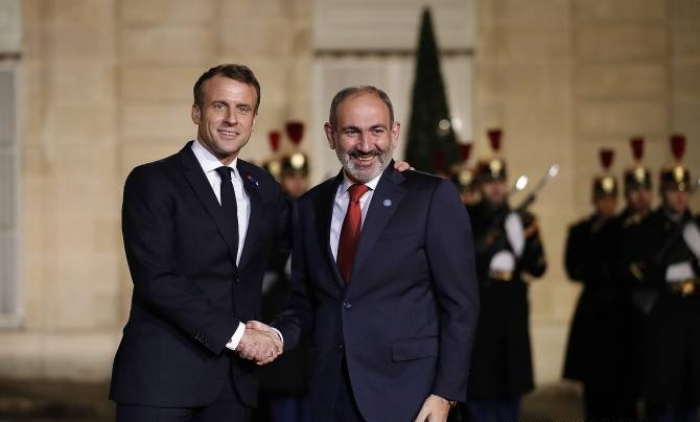 France will support Azerbaijan and Armenia to restore peace in the region and develop a dialogue between the two countries, said French President Emmanuel Macron in his meeting with acting Armenian Prime Minister NikolPashinyan in Paris.

"As a co-chair of the OSCE Minsk Group, France, cooperating with Russia and the United States, aims to do everything possible to achieve de-escalation, including the resumption of dialogue," Macron noted.

He also touched on the recent incidents on the border between the two countries adding that delimitation should be carried out only through negotiations, without the use of force.