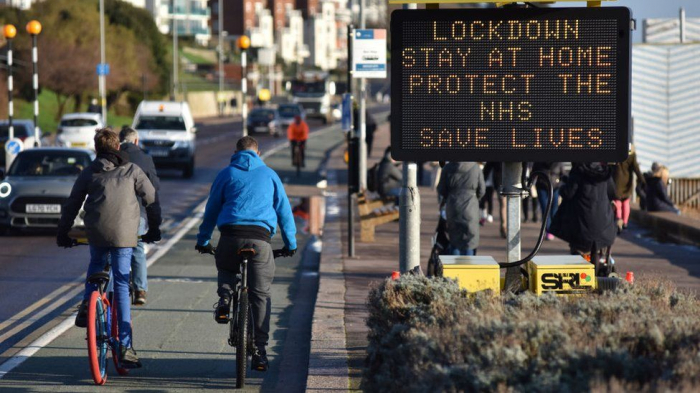 Global supply chains have weathered the pandemic intact, and the deep recession has not unleashed a wave of protectionism. That is good for global trade, and probably for foreign direct investment, too, and suggests that predictions of globalization’s demise were premature.

Trade is recovering robustly alongside the upticks in growth in major economies. This good news deserves more attention. Less than 12 months ago, many observers were predicting an end to globalization. The pandemic disrupted supply chains, and governments, suddenly confronted with the resulting vulnerabilities and dependencies, encouraged “reshoring” production of critical goods.

Today, the outlook is much brighter. There is little indication of a sustained movement away from global supply chains. And many governments have realized that trade is more of an opportunity than a threat to national sovereignty. As a result, the World Trade Organization expects the volume of global trade to increase by 8% in 2021, more than offsetting last year’s 5.3% decline.

In contrast, acquiring a firm or establishing a new production facility in another country requires travel to meet potential partners, and in many cases close contact with foreign governments to obtain permits. Pandemic-induced border closures and travel restrictions obviously made this much more difficult.

But FDI is notoriously volatile, often plunging one year and recovering the next, so it could still bounce back strongly in 2021. In fact, the OECD has already detected signs of a recovery.

Moreover, global supply chains have proved to be less vulnerable than many had feared. The notion of a “supply chain” conjures up an image of a fragile arrangement, with each enterprise depending on inputs from the adjacent link. And a chain is only as strong as its weakest link.

The global trading system’s vulnerability to choke points seemed to be driven home in March, when a single large freighter blocked the Suez Canal, after sandstorms restricted visibility and transformed the huge stack of containers on board into sails. But this incident, which was resolved relatively quickly, is not representative of how global trade works.

It is more accurate to talk of interrelated networks of suppliers than supply chains. Most enterprises have more than one supplier of key components, and multinational companies with operations in many countries source supplies from many other countries. The pandemic has reinforced multi-sourcing, rather than triggering a retrenchment from the division of labor.

Yes, governments almost everywhere have interfered with trade during the pandemic to address acute shortages of key products, such as personal protective equipment in 2020 and COVID-19 vaccines during the first few months of 2021. But both of these products, while vital in the context of the pandemic, play only a marginal role in the wider economy. The rich countries could vaccinate the entire world for less than a dollar a week from each citizen.

The main danger is that governments, fearing similar dependence on foreign suppliers for many other key products, introduce protectionist measures. Prompted by the EU’s concern that such dependence could leave the bloc vulnerable to political pressures from hostile governments, the European Commission has recently completed a fascinating study of strategic dependencies and capacities.

The Commission examined more than 5,000 products and found only 137 in the most sensitive sectors, accounting for about 6% of all EU imports by value, for which the EU is highly dependent on imports from outside the bloc. For 34 of these products, constituting only 0.6% of all imports, the EU could be more vulnerable, owing to the low potential for further import diversification or substitution through EU production.

In other words, for the overwhelming majority of products, large economies like the EU have a sufficiently diversified supply base to make them independent of any single supplier. And broad protectionist measures like tariffs or quotas would have little impact on the few goods for which only a single source may exist.

Moreover, most of the 137 sensitive products that the Commission identified are raw materials and related commodities that are easy to store. It would thus be relatively straightforward for the EU to build up strategic stockpiles of those goods.

In the end, governments do not appear to have resorted to protectionism in response to the COVID-19 crisis. Although precise data on new trade barriers erected last year are not yet available, the strong expansion of trade in 2021 implies that the use of such measures must have been limited.

In fact, some governments have been eager to create more trade opportunities to help foster the recovery. A group of 15 Asia-Pacific countries, accounting for 30% of the global economy, has signed the Regional Comprehensive Economic Partnership, a new free-trade agreement. Meanwhile, the EU has concluded two important pacts: a so-called Comprehensive Agreement on Investment with China and a free-trade deal with Mercosur bloc in Latin America. The ratification of both agreements is in doubt, but not because of concerns about the economy.

What emerges overall is that global supply chains have weathered the pandemic intact, and the deep recession has not unleashed a wave of protectionism. That is good for global trade, and probably for FDI, too, and suggests that predictions of globalization’s demise were premature.

Daniel Gros is a member of the board and a distinguished fellow at the Centre for European Policy Studies.