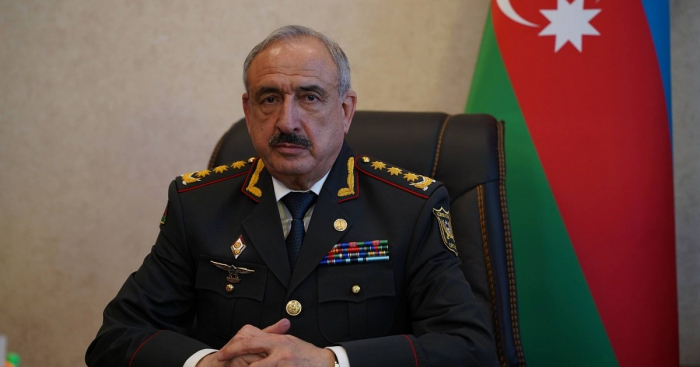 There is a need to be more alert and not to trust the Armenians who mined the territories of Azerbaijan, Maharram Aliyev, Assistant to the President of Azerbaijan - Head of the Military Affairs Department of the Presidential Administration, told Azerbaijan Television (AzTV), AzVision.az reports.

Aliyev said he has recently visited several units of the Border Troops.

He noted that recently, in particular after the Karabakh victory, the Azerbaijani Border Troops have carried out high-level work.

“I reported all this to the head of state. I will also note that the border troops must increase their vigilance. You have to understand that there is a hostile state on the other side of the border. We, as a country, did not discriminate against representatives of other nationalities. Armenians have never felt sympathy for us, and they will not,” the presidential aide added.

He stressed that Azerbaijan always favors a peaceful solution of all issues.

“The president of Azerbaijan also stated in his speech earlier that if Armenia once again tries to commit any provocations, the consequences for them will be more severe, and Even the existence of Armenia as a state will be questionable,” Aliyev concluded.