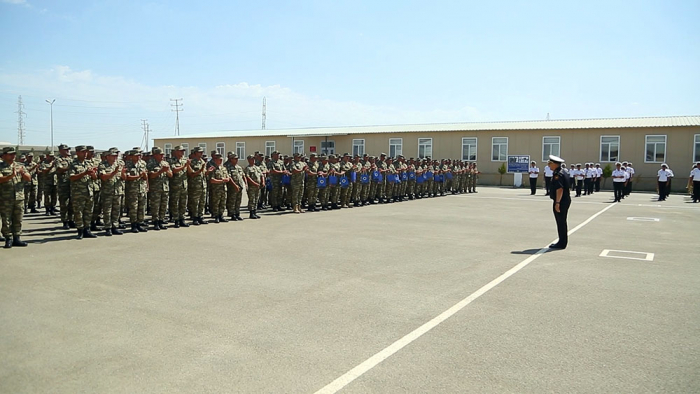 The event on the occasion of June 26 – Armed Forces Day was held in the Azerbaijan Naval Forces, the Defense Ministry told AzVision.az.

First, the blessed memory of the national leader of the Azerbaijani people Heydar Aliyev and the Shehids (Martyrs) who sacrificed their lives for the sovereignty and territorial integrity of our country was honored with observing a minute of silence. The State Anthem of the Republic of Azerbaijan was performed.

Speaking at the event, the Commander of the Azerbaijan Naval Forces, Rear Admiral Subhan Bakirov spoke about the victory gained by the Azerbaijan Army under the command of Victorious Supreme Commander-in-Chief in the liberation of our historical lands, which began with counter-offensive operations against the provocations of the Armenian armed forces.

The Commander of the Naval Forces congratulated the military personnel on the Victory in the Patriotic War, and the upcoming June 26 – Armed Forces Day, as well as wished them success in their future military service.

At the end, servicemen awarded with the "Brave Warrior" and "For Distinction in Battle" medals by the order of the President of the Republic of Azerbaijan, were presented medals. Other servicemen who distinguished themselves in military service were awarded honorary diplomas and valuable gifts.