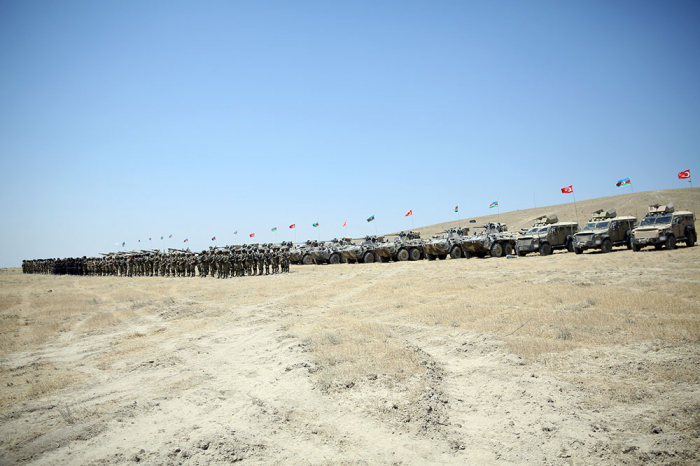 The last stage of the joint Azerbaijani-Turkish ‘Mustafa Kemal Ataturk-2021’ tactical exercises with live firing, which were conducted in accordance with the Agreement on Military Cooperation between Azerbaijan and Turkey, was held with the participation of high-ranking observers from both countries, AzVision.az reports on July 3 referring to the Azerbaijani Defense Ministry.

According to the ministry, the high-ranking guests were informed on the terrain model of the conducted exercises. Then, having familiarized themselves with the personnel and military equipment involved in the exercises, they observed the practical implementation of the tasks.

The units of the armies of Azerbaijan and Turkey participating in the exercises successfully completed their tasks.

After the completion of the exercises, the guests met with the personnel. The distinguished servicemen were presented with awards and the joint photo for memory was taken.