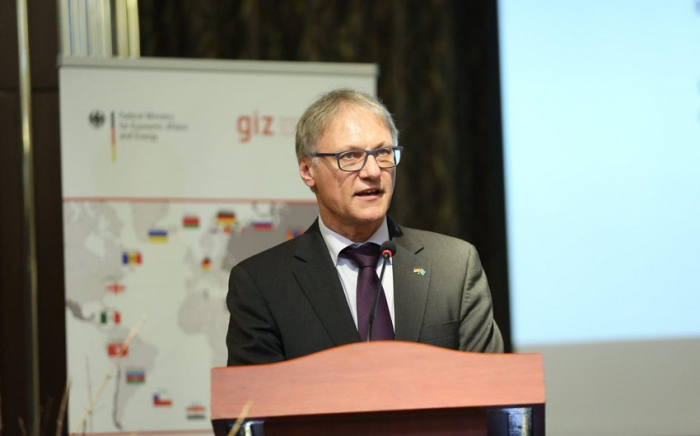 IDPs from Azerbaijan's Zangilan district appealed to German Ambassador to Baku Wolfgang Manig on Cronimet company for its polluting Okhchuchay river running into the district from Armenia, AzVision.az reports.

The appeal reads: “We, internally displaced persons from Zangilan district, appeal to you in connection with the ecological terror committed during the Armenian occupation of our homeland. We temporarily settled in different cities and districts of Azerbaijan, but didn’t lose hope of returning to our homes. The heroic Azerbaijani army under the leadership of President Ilham Aliyev liberated our occupied territories [from the occupation in the 2020 Karabakh war], including Zangilan district, from which we were forcibly expelled.

The achieved victory has inspired us, and we look forward to the day when we return to our native places, but it’s regrettable that Zangilan is being subjected to ecological terror. Before the occupation, the inhabitants of Zangilan used water from Okhchuchay for irrigation, and also fished in this river. Today, toxic waste from the Gajaran copper-molybdenum and Gafan copper-enrichment plants located at the source of this river in Armenia, as well as domestic wastewater, are discharged into Okhchuchay without treatment. The work of German Cronimet company, which operates in the mining sector of Armenia, doesn’t meet environmental standards, which poses a threat of ecological terrorism not only to Zangilan, but also to other adjacent districts.

Now the water from the river cannot be used for irrigation, and moreover, all the fish die in it. We, people of Zangilan demand to put end to the ecological terror committed on our ancestral lands. We call on Germany, a country of environmental standards, to take urgent action against Cronimet, which has posed a threat to other countries.

We demand the immediate termination of the work by Cronimet. Otherwise, we’ll appeal to international courts in connection with the enterprise, committing the ecological terrorism, and Germany.”

The appeal was signed by over 100 internally displaced persons from Zangilan.