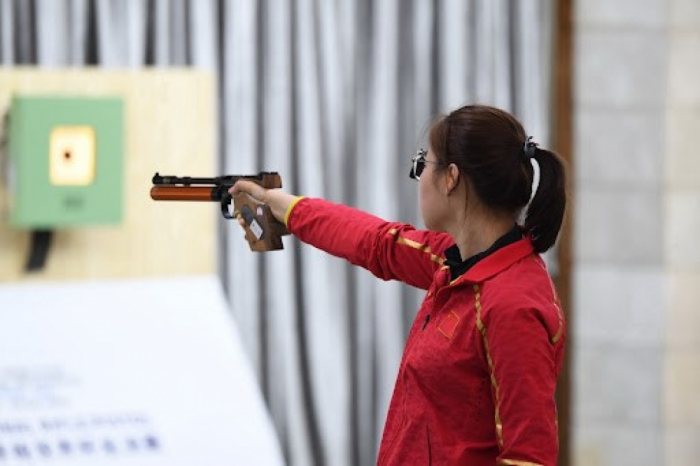 Russia’s Anastasiia Galashina was made to settle for silver after a tense 25-shot shoot-out which saw Qian clinch gold with the final shot of the event.

Galashina finished on 251.1 after shooting a low 8.9 with her last and most crucial shot, the worst of the 25 she took in total.

Nina Christen of Switzerland completed the first podium line-up at this Games with a score of 230.6 and will collect bronze.