Why we don't dole out many compliments – but should 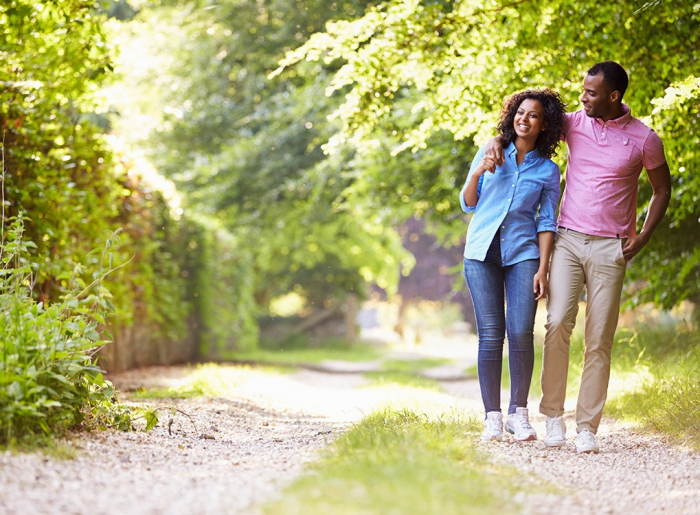 Giving compliments makes us anxious, but new research shows that praising people has huge benefits – for both parties.

“The happy phrasing of a compliment,” the writer Mark Twain once noted, “is one of the rarest of human gifts, and the happy delivery of it another.”

Twain was describing a meeting with the Emperor of Germany, who had praised his books. But we can all surely identify with the sentiment: receiving sincere and well-expressed praise can feel as good as an unexpected windfall.

Unfortunately, our anxieties about the ways others may perceive our own words can prevent us from giving compliments ourselves. No one, after all, wants to come across as clumsy, patronising or fawning.

“Compliments are the easiest way to make other people – and, as a result, ourselves – feel better,” says Nicholas Epley, a professor of behavioural science at the University of Chicago. “But when a kind thought comes to mind, people often don’t say it.”

Yet three new studies on the psychology of compliment giving and receiving suggest that our fears about the ways our praise will be received are completely unfounded. And by letting go of that awkwardness, we could all enjoy better relationships with our friends, family members and colleagues.

The rule of reciprocity

It is only relatively recently that psychologists have paid much attention to our compliments, with the majority of early research examining their persuasive potential.

In one memorable study from 2010, Naomi Grant, an associate professor in psychology at Mount Royal University in Calgary, invited participants to take part in a study of “impression formation”. As the participants filled in a rather dull questionnaire, an actor – posing as an introductory psychology student – struck up a conversation that involved casually complimenting the participant’s clothing. After a bit more idle chat, the actor then mentioned that they were handing out flyers about a university careers event, and asked the participant whether they would like to take a handful to hand around themselves.

The effects of the flattery were dramatic, with 79% of the participants offering to help with the event publicity, compared with only 46% of participants in a control group, who had not received the compliment.

Grant’s most recent study shows that this comes from a sense of reciprocity. In general, the more people believe that one good turn deserves another, the more likely they are to follow a compliment with a helpful deed. In English, we often say that we are “paying” someone a compliment – and Grant’s research would suggest that we often do consider it to be part of a transaction.

The sense of reciprocity may also explain why positive feedback can be such a powerful tool in the workplace. A study by researchers at technology company Intel and Duke University in the US showed that verbal praise was more effective at increasing productivity than cash bonuses. “People generally don’t realise that something so small could have such a big impact,” explains Vanessa Bohns, a professor of social psychology at Cornell University, US, and author of You Have More Influence Than You Think.

Unfortunately, Bohns’s own research shows that we rarely appreciate the power of our words.

Working with Erica Boothby at the University of Pennsylvania, Bohns asked participants to go to an assigned location on campus and to deliver a small compliment to a random stranger. (To reduce potential misunderstandings about their motives, the participants were asked to approach someone of the same gender.) To check their preconceptions, the participants first had to estimate how pleased, flattered or awkward the person would feel to receive the praise. After they delivered the comment, they then gave the recipient of their compliment a sealed envelope containing a short survey questioning how the stranger actually felt about the exchange.

Across numerous experiments, the researchers found that the participants significantly under-estimated how happy the other person would be to hear the praise, and significantly over-estimated how cringe-worthy they would find the encounter. “They felt like this interaction was going to go super awkwardly, and that they would be kind of clumsy in their delivery,” says Bohns. But the real exchange was far more pleasant.

Epley has been exploring similar ideas with Xuan Zhao, a psychologist at Stanford University – but rather than focusing on exchanges between strangers, they asked their participants to compliment someone that they already knew. Like Bohns and Boothby, Epley and Zhao found that the participants were consistently pessimistic in their predictions of the conversation. They assumed that their acquaintance would be less pleased, and feel more awkward, than they actually felt when receiving the compliment.

Delving further, Epley and Zhao found that these fears seemed to arise from the participants’ perceptions of their own social “competence”; they worried they wouldn’t articulate the compliment correctly, without striking the wrong tone. “It turns out the recipient doesn’t give two farts about that,” says Epley. “They just care about how nice or kind the compliment is.” (The study is awaiting publication at the Journal of Personality and Social Psychology.)

“It’s about letting the other person feel seen,” says Zhao.

There is, of course, the danger that you might overdo it. If you compliment a friend, partner or colleague excessively, they might become bored of your praise or even start to find it a bit cloying.

The etiquette is to stick to compliments that really convey someone's social value – Vanessa Bohns
Yet further work by Epley and Zhao suggests that this reaction, too, is far less likely than we might believe. In this study, they again recruited pairs of participants who already knew each other. One member of each pair was asked down five separate compliments for their acquaintance. The researchers then delivered these compliments to the recipient, piecemeal over the following week, with one compliment a day.

Overall, the recipients’ pleasure at hearing the praise did not decline over the course of the week. “They just felt great, every day,” says Epley.

If you are hoping to apply this research yourself, Bohns emphasises the importance of context. Clearly it is not appropriate to compliment someone’s appearance if there is ever any risk that you might be objectifying them. “The etiquette is to stick to compliments that really convey someone's social value,” she says. That might include praise on a presentation, or the way they handled a difficult client.

If you do have a kind thought that marks genuine respect for the other person, the message of the scientific research is clear: share it. Contrary to Twain’s aphorism, you do not require any rare gift to show your appreciation of someone’s best qualities.