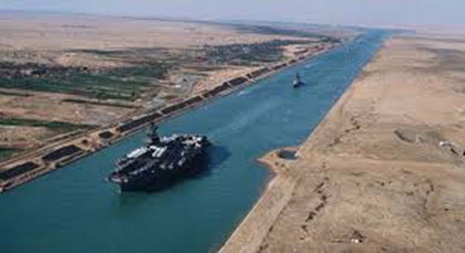 Azerbaijan`s delegation led by Deputy Prime Minister Abid Sharifov will attend the opening of a new shipping route of the Suez Canal in Egypt.
The flagship project, announced by President Abdel-Fattah al-Sisi last year, is scheduled to be officially opened on August 6.

The Thursday`s ceremony is expected to be attended by al-Sissi and foreign dignitaries.

In an interview with local media, Azerbaijan`s Ambassador to Egypt Shahin Abdullayev described the project as very important, noting that its implementation will enhance the people`s welfare, raise the country`s income significantly and contribute to the deepening of Egypt`s economic cooperation with other countries.

Abdullayev also stressed that Azerbaijan is interested in contributing to the economic projects aimed at developing Suez Canal area.

The project is part of an ambitious plan by the Egyptian authorities to turn the area around the Suez Canal into an industrial and commercial hub.