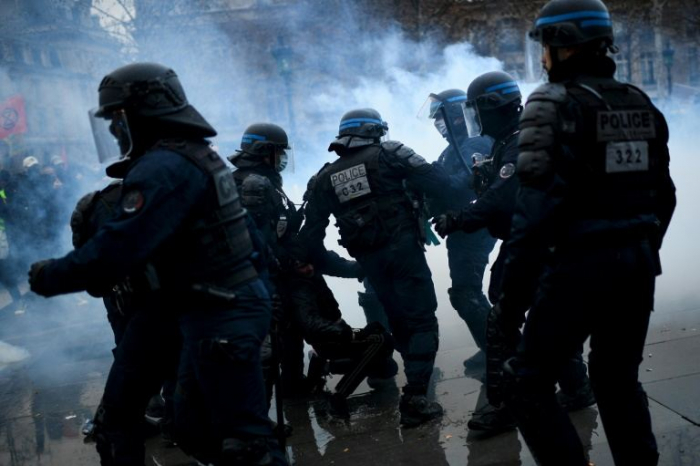 Thousands of people have protested in Paris and other French cities against a mandatory coronavirus health pass for entry to a wide array of public venues, introduced by the government as it battles the fourth wave of infections, AzVision.az reports citing Al Jazeera.

Some 3,000 security forces deployed around the French capital on Saturday for a third weekend of protests against the pass that will be needed to enter restaurants and other places. Police took up posts along Paris’s Champs-Elysees to guard against an invasion of the famed avenue by violent demonstrators.

Most demonstrations were peaceful but some in Paris clashed with riot police, who fired tear gas.