The coded words of job adverts that unveil important hints 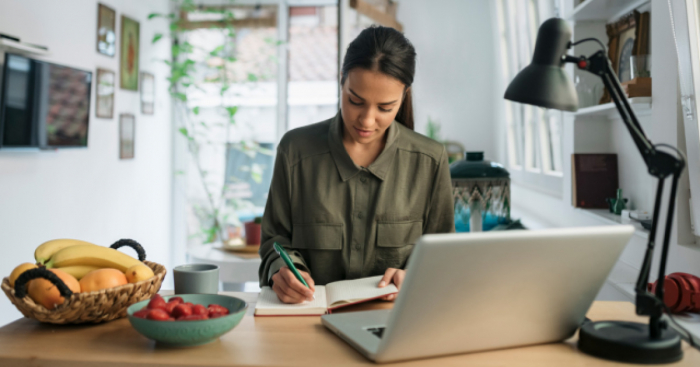 See a job advert for a "jack-of-all-trades rock star with a scrappy mentality"? These coded phrases could contain important clues about workplaces.

It may be a candidate’s market, but today’s job seekers still face nuanced challenges in the quest to find their perfect role. Job-search websites make it easier than ever to discover open positions at desirable companies – but not all job postings are created equal. Some may contain language that has a revealing subtext, with certain terms potentially masking a more toxic truth.

Ever stumble upon a job posting for a “jack of all trades” or “independent self-starter”? Some people see such terms as codes: the former perhaps a hint that you’ll actually be doing five people’s jobs, the latter a sign that you won’t have much team support.

Although it’s impossible to know exactly what’s at play behind these words based simply on an advert – indeed, experts advise not to read too much into them for fear of missing a great opportunity – discerning job seekers are still wise to take note of such verbiage, as it could reveal meaningful information about an employer and role.

“Language like this in job postings has always been a challenge,” says Carol Cochran, vice-president of people and culture at FlexJobs, a website dedicated to flexible and remote-work jobs based in Boulder, Colorado, US. “Fortunately, there has been a lot more attention on it in the last few years, so we’re seeing more companies being thoughtful about how they describe the role, culture and benefits. As with any shift, some companies will be proactive in making adjustments, and others will be slower to evolve.”

Although awareness of this issue is growing among some employers, most job hunters will likely still spot some coded language while perusing job adverts. The challenge lies in sussing out the true meaning of a vague or dubious description: does it signify a company’s unspoken ethos, or is it simply worded in a less-than-thoughtful way?

Recruiting experts advise candidates to use early interviews to ask targeted questions and gain clarity about any concerning phrases, allowing you to dodge any ill-fitting positions well before you take an offer.

Although coded language in job adverts can crop up anywhere, these words tend to arise more often in postings for smaller companies and start-ups, say experts. “These types of companies have evolving priorities, making it difficult to write job descriptions for different careers,” says Renata Dionello, chief people officer for ZipRecruiter, a Los Angeles-based digital job marketplace. “This is when we see broad terms, clichés and catch-all language.”

Such language can include phrases like “decisive leader”, “fast-paced environment”, or “close, family-like team” – raising questions for some about what kind of work culture is truly implied: intense competition? Excessive hours and burnout? Blind loyalty? “I would suggest job seekers ask for clarity on these vague phrases before committing to a new role,” says Dionello. “This language can be interpreted in different ways, and employers don’t want to miss out on qualified candidates because they don’t feel they’re ‘determined’ or ‘loyal’ enough.”

Beyond murky phrases that may or may not hint at a toxic work culture, some terms can also indicate a lack of gender, racial or socioeconomic inclusivity. “Words or pronouns that lean toward one gender should ring alarm bells,” says Cochran. “Research shows that words like ‘aggressive,’ ‘competitive’, ‘independent’ and ‘self-sufficient’ in job postings appeal more to men and can subconsciously deter women from applying.” Meanwhile, terms like “native English speaker” or “top-degree required” can communicate other types of biases. “Coded language includes terms that don’t appear explicitly discriminatory, but associate certain groups of people with certain behaviours or traits,” adds Dionello.

While such language can act as a warning sign, and shouldn’t be overlooked by job seekers, it’s also helpful to remember that not every questionable term conceals sinister intentions. Employers may not necessarily be using calculated coded language to try to dupe or filter certain candidates, but their postings can certainly communicate unwritten values, culture and blind spots.

Use the adverts as an opportunity to break the ice and demonstrate your inquisitive nature – Jenna Alexander
Proceed with caution, while seeking clarification. “Be mindful that what you determine as a ‘red flag’ may be based on your previous bad experiences,” says Jenna Alexander, talent acquisition director at Randstad, a global HR services company based in Diemen, Netherlands. “Overanalysing a job description is almost as damaging as not applying for the role at all, so don’t fall into that trap.”

If you’re interested in a job but unsettled by the description, try reframing your concerns as questions that can open a dialogue. “You can leverage these overused and somewhat old-fashioned terms during your initial conversations with the company,” says Alexander. “Use the adverts as an opportunity to break the ice and demonstrate your inquisitive nature. Be open-minded – you’ll learn more that way.”

When broaching the subject in an interview, experts advise starting with general questions about company culture to appear engaged and prepared, not paranoid. “If the posting talks about unlimited vacation, ask what the average number of days taken is, or if there are any suggestions on how much time is appropriate and encouraged,” says Cochran. “Try to connect with employees to get a sense of whether ‘fast-paced’ means ‘we get a lot done’, or does it mean ‘you’ll be stressed out all the time’?”

Dionello suggests asking for specific examples in the context of the position. “Try something like, ‘The job description mentions a close team that goes above and beyond. Can you share a few examples of how I might see that play out in the role?’” she says. “Another option is to share your understanding of the term, then ask if the interviewer agrees with your assessment.”

Job hunters can also make a point of seeking out job postings with verbiage that may indicate a positive, healthy work culture. “Progressive organisations tend to be very mindful of their language and the terminology they use to avoid disengaging a wider talent pool,” says Alexander. “An educated organisation will often use human and inclusive words, like ‘connect’, ‘build’, ‘intuitive’, ‘commitment’, ‘enthusiastic’, ‘responsible’ and ‘empathetic’.”

Ultimately, the words used in job adverts are just that: words. And best practices in recruiting will continue to adapt to evolving culture, says Cochran. “A lot of the common words and phrases that were encouraged in job postings a few years ago are not regarded as highly now, and will keep shifting in the future.”

Today’s job seekers are also in many ways savvier than ever when applying for jobs. It’s now standard to consult widely available anonymous online reviews and social media reports on employer cultures – intel that used to be opaque and hard-to-find.

If a job advertisement does ring alarm bells for a candidate, they can opt out of applying. “What workers want has changed,” says Alexander. “There is greater emphasis on joining a company with an inclusive, trusting and balanced culture. Workers know what they want now more than ever before.”