Nightmare of Greece's Evia, an island devoured by flames - PHOTOS 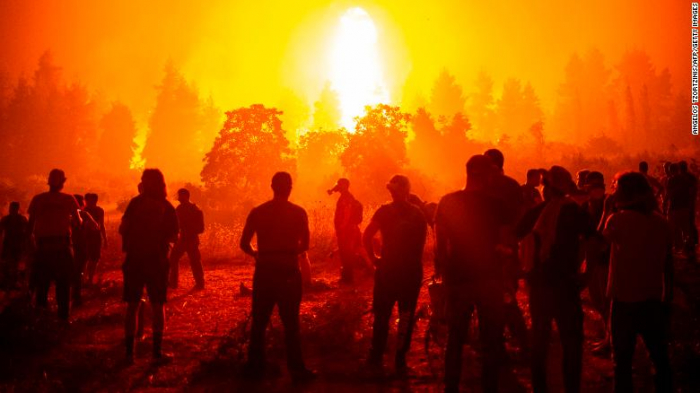 At times it feels like the air itself is burning here on Evia. The smell and taste of smoke is ever-present; ash falls from the sky like sinister confetti.

At the edge of the forests, being devoured by flames as tall as the trees themselves, exhausted firefighters mingle with desperate villagers. United in their struggle against this relentless, ravenous enemy, they fight to defend their land, their homes, and their livelihoods. For many, the battle has already been lost. 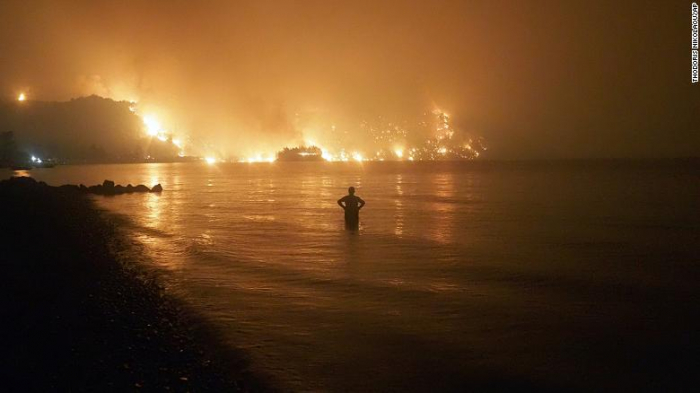 As the forests continue to burn, anger is simmering too. Prime Minister Kyriakos Mitsotakis' contrite admission that Greece's response to these blazes had "weaknesses" has done little to douse the fury of those who have watched their homes burn. It has simply come too late. "Now the game is lost, now that everyone is coming, what is there to save?" asks one young man. 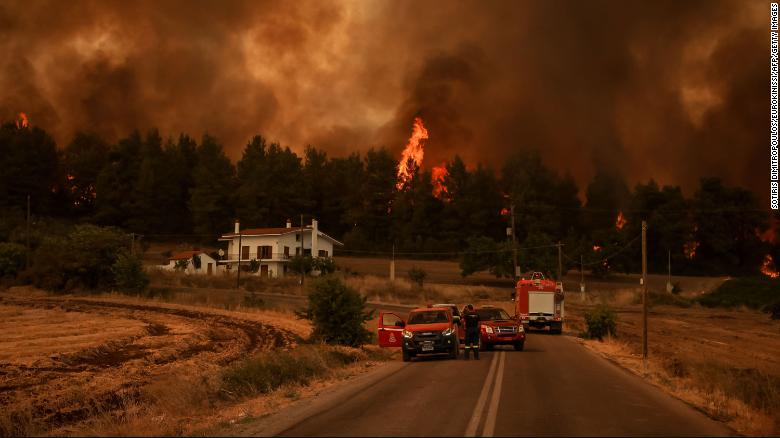 Eight days of flames ripping through these virgin forests have left behind nothing but blackened branches and ashen ground. Twenty-two countries have sent personnel and equipment to help Greece. On Evia, the front line of this growing disaster, we found Slovakian firefighters standing shoulder to shoulder with their Greek counterparts, while helicopters and planes buzzed overhead dropping water on the smoldering ground.

Among these professionals was perhaps the most confronting sight of this story: volunteers, mostly young men, armed with fire extinguishers or whatever water they could carry. Blackened with soot, their breath rasping from days of exposure to smoke and flames, they looked forlorn.

The fighting goes back and forth. There are moments when the firefighters seem to have repelled their foe, the flames dying down into the soaking earth, but these apparent victories can be fleeting. A single blazing pine kernel, rolling across a road, can spark a fresh fire on the other side. Often fires just reignite in the fierce, exhausting heat of the day. The hilly terrain and thick forest mean that many blazes are simply inaccessible, so are left to rage along their paths unhindered.

To stand amidst all of this is disorienting. The searing heat, the choking smoke, the sheer ferocity of the fires and the intense activity all around is hard to process at times. The sight of so many people watching their lives literally going up in smoke is heartbreaking.

"Right now, everyone is here, you are all here getting these dramatic pictures," one of the volunteers said to me. "But in a year's time where will you be?"

Without the forests, many in these communities will have nothing, he explained to me.

The trees are the source of the resin that sustains many livelihoods here. But these forests are not plantations; the trees have grown naturally on these hills, and communities have grown around them. Simply replanting will not work either, because only mature trees produce resin, and reaching that maturity can take three decades.

Over 500 fires still rage across Greece. They may continue to burn for many more days, perhaps even weeks -- but their deep, scarring impact will be felt long into the future.