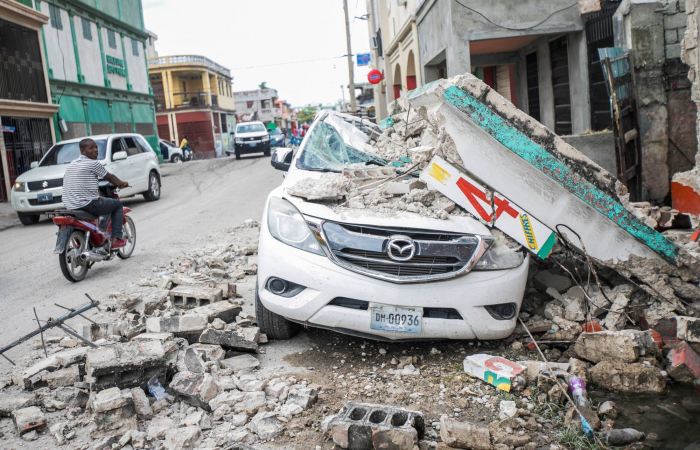 At least 1,941 people are known to have died in Haiti in Saturday's powerful earthquake - a rise of more than 500 on the previous figure, officials say, AzVision.az reports citing BBC.

Nearly 10,000 people have been injured, and many are still missing after the the 7.2-magnitude tremor.

Rescue work has been hampered by heavy rains brought this week by Tropical Storm Grace to the Caribbean nation.

The UN says about 500,000 children now have limited or no access to shelter, safe water and food.

"Countless Haitian families who have lost everything due to the earthquake are now living literally with their feet in the water due to the flooding," said Bruno Maes, the UN Children's Fund (Unicef) representative in the country.

Tens of thousands of people left homeless by the quake had to decide whether to brave the storm under flimsy tarpaulins or risk returning into buildings damaged by the tremor and smaller aftershocks.

The south-west of Haiti appears to have suffered the worst of the damage from the quake, especially around the city of Les Cayes.