Raisi's statement - Iran's path to Central Asia through the Taliban 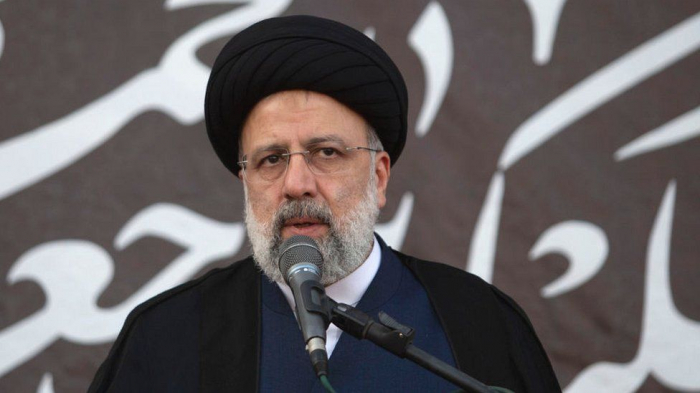 The Taliban's takeover of power in Afghanistan has been top stories on the world's political agenda in recent days. The whole world has already accepted this reality, and many states and political leaders have begun to adapt their behaviour to the new reality. The movement, which has changed the destiny of the region and millions of people, has begun to attract countries like a magnet near and far, where beliefs have nothing to do.

Iran's new president, Ebrahim Raisi, who has recently taken office, has said he would establish ties with the Taliban and make serious efforts in this area. Interestingly, the Iranian state, which has a large Shiite population in its country, has announced its intention to reach a joint agreement with the Taliban, which is completely contrary to the sect. The most interesting question here is what interests can bring both Iran and the Taliban Afghanistan together.

Dr. Mahmoud Ul Hassan Khan, a Pakistani professor, has given an interview to Eurasia Diary on the subject.

- Historically Iran and Taliban have not been enjoying cordial relations in the past because of various cultural, ethnic and sectoral orientations. Both represent two distinctive faces of Islam and have been experiencing an impassable divide for so many centuries.

Now somehow, due to rapidly changing geopolitical and geostrategic conditions in the region and especially in Afghanistan, the new diplomatic realization has now been surfaced among the policymakers of Iran especially in the cabinet of newly elected Iran President Raisi to promote amicable relations with Taliban.

This diplomatic move has certain socio-economic, geopolitical and geostrategic implications and compulsions because Iran has been using Afghanistan’s route as its extended “Out-Reach Policy” to all the Central Asian Countries.

Even it has already developed sustainable transport and railways communication and links with many parts and provinces of Afghanistan. Seemingly, after the easy and smooth fall of Kabul, Taliban has established themselves as “real owner” and “political custodian” of it thus has enforced Iran to “drastically” change its previous policy of  “ethnicity” and “hatred” and converting into harmonious orientation for the benefits of both the conflicting parties.

- How will a common understanding be possible if 80% of the population in Iran is Shiite and the Taliban in Afghanistan is Sunni with the same percentage?

- Well, it is a complex and complicated question and answer of which would not be in yes and simple no. Unfortunately, dawn of globalisation has further deteriorated the concept of soft power or basic injunctions of international politics revolving badly around the orbit of naked power, unilateral imposition of socio-economic sanctions, rise to hegemonic spirits, increase in national protectionism and last but not least, dawn of hybrid warfare against others.

But it has now further enhanced chances of socio-economic compromises, undue political incentives and last but not least, unwanted geopolitical propositions between the powerful and weaker nations of the world. Thus concept of an equitable world and economy is fading.

In this connection, Track-II diplomacy would be an ideal way forward for surpassing the impassable divide between Iran and Taliban. Taliban badly needs regional recognition and Iran badly needs some comfort zone with Taliban in order to remove the historic hang-over of mutual enmity, hatred and prejudice which would definitely provide some economic relief in wake of US socio-economic sanctions.

Regional re-approach would be mutually beneficial for both sides because they both have a common enemy, i.e. USA. Thus having a common enemy, USA chances of diplomatic “inflexibility” would be there to act as a ‘benching” mark.

- In general, what will be Iran's ability to influence Afghanistan?

Iran has had been very close to Northern Alliance Region (NAR). It has been nurturing, financing, investing and give training to Hazaras community and Shiites which have been struggling and fighting against the onslaught of Taliban in the past.

Iran has somehow developed an “alliance of survival” with many ethnic identities living around Afghanistan which may be “disturbing” factors in the days to come.

But being a prominent regional expert of Azerbaijan & CIS I foresee that Iran would be in a position to derail the socio-economic propositions of Afghanistan because it has been providing electricity and basic necessities of life to its people if no alignment achieves between Iran and Taliban.

To conclude I profess that there is a “historic” opportunity for both the divergent parties to extend some sort of consensus of mutual survival and should not be easy prey of conspiracy theories.