Why ABBA band have never gone out of fashion 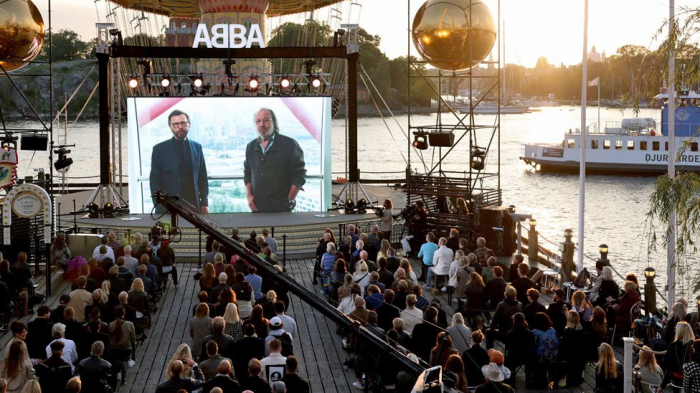 Mamma Mia! Here we go again... Abba have released new songs - and their comeback isn't just exciting those who were fans first time around.

Those are just a few of the comments posted under a video of Benny Andersson playing an instrumental piano version of one of their new tracks on TikTok.

The Swedish pop legends joined the social media network - whose users are mostly under 30 - on Monday in anticipation of their highly-anticipated announcement of long-awaited new material.

In less than five days, their official account has amassed almost a million followers and the nine videos they have posted so far have been viewed almost 30 million times.

Pop stars like Mabel and Zara Larsson have posted covers on the platform since Abba officially joined.

"It's clear from the vast numbers of creations and video views that our community around the world has so much love for the band and their sound," says Paul Hourican, TikTok's UK head of music operations.

Only a few artists have music that is truly timeless, and which remains as fresh and brilliant and beautiful 40 or 50 years on as it was on the day it was first released. Abba are very close to the top of that list.

While some of the new generation of fans have found them on social media - the TikTok #DancingQueenChallenge had more than160 million views earlier this year - many were weaned on the music by their parents or fell in love with them through the Mamma Mia! films and stage show.

If proof was needed of their endurance, Abba Gold was the UK's 20th best-selling album in the first six months of 2021 and recently became the first LP to spend 1,000 weeks in the UK top 100 album chart.