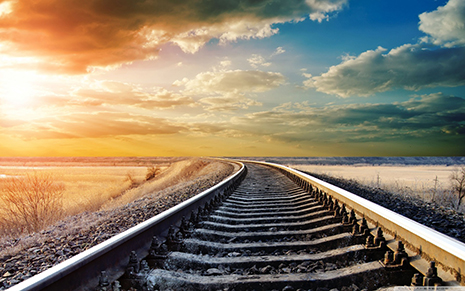 The train consisting of 82 containers and 41 platforms and which departed from the Chinese province of Shihezi via Trans-Caspian transport route, arrived in Baku port Alat.This event outlines the alternative route of cargo transportation from China to Europe, which has all the potential to become the major one, and leading role in it is given to Azerbaijan.In September, it is planned to launch a train to Istanbul, and in the future, the railroad must connect China with the rest of Europe up to the UK.

In the first half of 2015, the EU was holding a leading position in China`s export and second place in import of China. The most competitive products among the export remain clothing, footwear and toys, but the export of electronics, bicycle, motorcycle and motor vehicles, production of transport and construction machinery develops more and more actively.

Until 2011, the main supply route from China to Europe was a sea route from Shanghai to Duisburg (Germany). The cargo passed this way in 36 days. In 2011, an alternative emerged – Chongqing-Duisburg railway, the train passes over 11,000 kilometers for 16 days.

What will a new cargo transportation route from China to Europe promise to Azerbaijan? First, approximately 300,000-400,000 containers are planned to be transported via the China-Kazakhstan-Azerbaijan-Turkey route till 2020. This will allow Azerbaijan to get profit from transit in the amount of $600-700 million. Second, this project actually turns Azerbaijan into a major transport hub in the region. It should be stressed that the country has all opportunities for this.

At present, the construction of the Baku-Tbilisi-Kars railway is in the final stage. It will play an important role in the further supplies to Europe. The largest and most modern Alat port in the Caspian Sea is also being constructed. At the first stage, the cargo turnover will hit 10 million metric tons and 40,000 containers. In the future we plan to increase the cargo turnover to 25 million metric tons. A container yard for one million containers will be built.

At the same time, the North-South project implementation, which will connect Northern Europe to South East Asia and serve as a bridge to connect the railways of Iran, Azerbaijan and Russia. The project promises to be beneficial for all its participants, as it will shorten the transport route by over twofold, which is currently carried out by sea through the Suez Canal, and reduce the container transportation cost.

All this increases the role of Azerbaijan in the international trade. After the full implementation of the project, as well as through the North-South project, Azerbaijan will become an important country for the whole continent due to its location. This country will connect not only the North and South of the continent, but also the East and West.

All this will allow Azerbaijan not only establish close relations with many countries of the continent and extend its influence in the world, but also further develop the non-oil sector and diversify its economy.