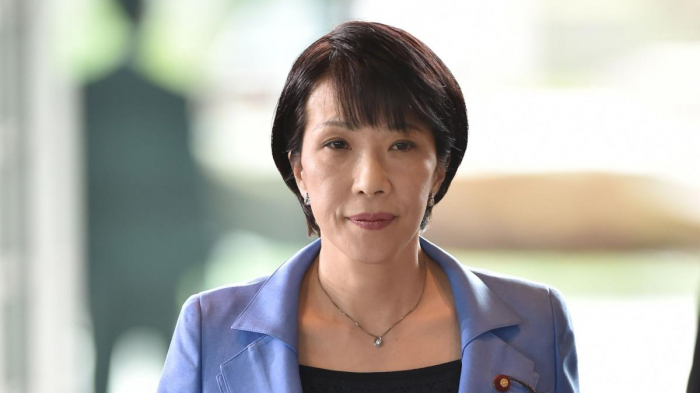 A Japanese woman politician on Wednesday joined the race for the ruling party leadership, making her the first woman to do so in the history of Japan, which has yet to have a woman prime minister, AzVision.az reports citing Anadolu Agency.

Sanae Takaichi, 60, said she will run for the ruling Liberal Democratic Party leadership as it goes to the polls on Sept. 29, Tokyo-based Kyodo News reported.

If the party wins the general elections, the winner of the party leadership would take up the prime minister’s post.

A candidate has to get the support of at least 20 party lawmakers to stand for the party helm.

Takaichi, a Cabinet member under former Premier Shinzo Abe, said her focus will remain on “monetary easing, fiscal spending during emergencies and investing in crisis management, including defense capabilities and disaster response.”

She held the portfolio of internal affairs and communications and also served as the party’s policy chief.

Kishida said his government would “boost people’s income and narrow disparities through redistribution of wealth.”

The ruling party elections, set to be followed by general elections by Nov. 20, come at a time when the country of 126 million people is hard hit by the COVID-19 pandemic.

Battling an increasingly aging population, the country has faced criticism over its lagging vaccination campaign.