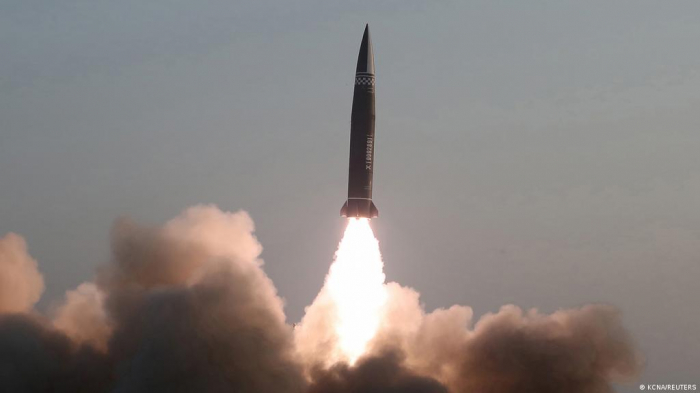 North Korea says it successfully test fired newly developed long-range cruise missiles over the weekend, its first known testing activity in months, underscoring how it continues to expand its military capabilities amid a stalemate in nuclear negotiations with the United States, AzVision.az reports citing AP.

The Korean Central News Agency said Monday the cruise missiles, which had been under development for two years, demonstrated an ability to hit targets 1,500 kilometers (932 miles) away during flight tests on Saturday and Sunday.

The North hailed its new missiles as a “strategic weapon of great significance” that meets leader Kim Jong Un’s call to strengthen the country’s military might, implying that they were being developed with an intent to arm them with nuclear warheads.

North Korean state media published photos of a projectile being fired from a launcher truck and an apparent missile with wings and tail fins traveling in the air.

South Korea’s Joint Chiefs of Staff said the military was analyzing the North Korean launches based on U.S. and South Korean intelligence. The U.S. Indo-Pacific Command said it was monitoring the situation with allies and that the North Korean activity reflects a continuing focus on “developing its military program and the threats that poses to its neighbors and the international community.” Japan said it was “extremely concerned.”

But there hadn’t been any known test launches for months after that, as Kim focused national efforts on fending off the coronavirus and salvaging his economy.

KCNA said the missiles tested over the weekend traveled for 126 minutes “along an oval and pattern-8 flight orbits” above North Korean land and waters before hitting their targets.