Taliban say women free to study at any level 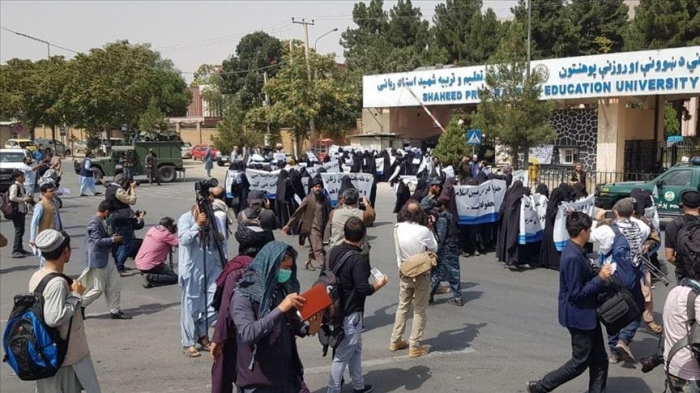 Women in Afghanistan can pursue an education at all levels in any field, but classes will be segregated and there will be a compulsory dress code, the Taliban announced Sunday.

“There will be no hurdles for girls to continue their education,” Abdul Baqi Haqqani, the acting education minister in the interim Taliban administration, said at a news conference in the capital Kabul.

He said women will be free to study to even the postgraduate level, but there will be gender-segregated or entirely separate classes in universities because “coeducation is against Islamic and Afghan traditions.”

“The most important thing is that girl students wear the hijab,” Haqqani said, without specifying if he meant headscarves or complete face coverings.

If universities have the capacity, then there will be completely separate classes, and even buildings, for girls and boys, he added.

Men will teach boys and girls will be taught by women, Haqqani explained, clarifying that in case there are not enough women teachers, male teachers will teach girls from behind a curtain.

While acknowledging that his ministry is facing financial difficulties, he claimed that the interim administration is working on a strategy to invite Afghan academics living abroad to take up positions in local universities.

Haqqani, who assumed office without officially taking oath, asserted that the Taliban are “willing to work with the international community in the field of education.”

He added that the interim administration will give special attention to Taliban members who did not have access to education in the past.