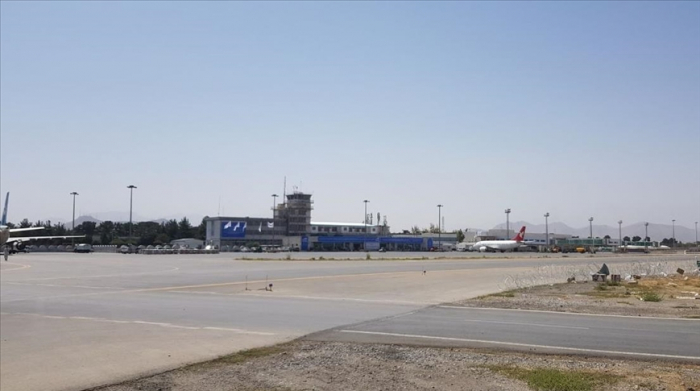 A flight of Pakistan's national flag carrier landed at the Hamid Karzai International Airport in Kabul on Monday, resuming international flights to Afghanistan since the Taliban takeover last month, the airline said in a statement, AzVision.az reports citing Anadolu Agency.

The flight brought a group of international journalists to Kabul and returned with World Bank officials and some journalists, PIA Chief Executive Officer Arshad Malik said in a statement, calling the flight "very important," adding that the entire world is expecting them to restore air connectivity with Afghanistan.

He also expressed hope that the flight service to Kabul would be fully restored soon.

The purpose of the flight is to promote goodwill between Pakistan and Afghanistan and to strengthen the operation on the basis of humanitarian sympathy, the statement added.

It was a chartered plane, which brought three journalists from Islamabad and flew back with 65 passengers, said a PIA official in Kabul.

On Sunday, the interim Taliban administration recalled security and other personnel who worked at the Kabul airport before Aug. 31, the day the US forces left the country.

When the Taliban took control of Kabul on Aug. 15, international commercial flights were halted, while the US forces reportedly damaged the airport, including Afghan national carrier planes, hangers, workshops, and offices, before they withdrew completely from the country on Aug. 31.

After the withdrawal of the US forces, the Qatari and Turkish technical teams arrived the next day to help restore the airport so it could reopen.