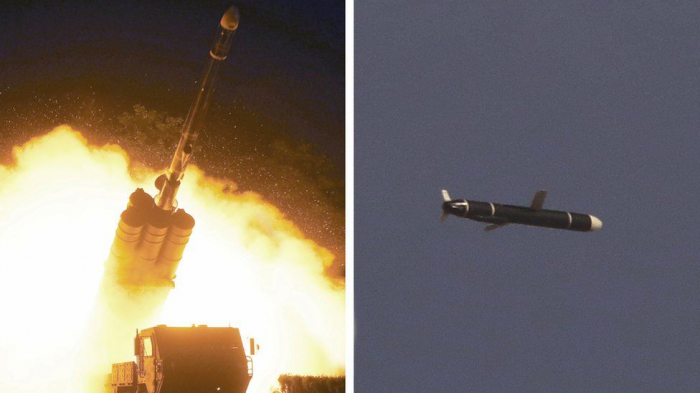 Japan also reported an object was fired, and that it may have been a ballistic missile.

Japan's Prime Minister Yoshihide Suga has called the launch "outrageous" saying it threatened peace and security in the region.

This is the second weapons test North Korea has carried out this week.

It is not clear exactly where the missiles were destined for or their flight range, but the JCS said its military was maintaining "a full readiness posture in close cooperation with the US".

On Monday, North Korea tested a long-range cruise missile capable of hitting much of Japan, calling it "a strategic weapon of great significance".