What is the surprising power of daily rituals? - iWONDER 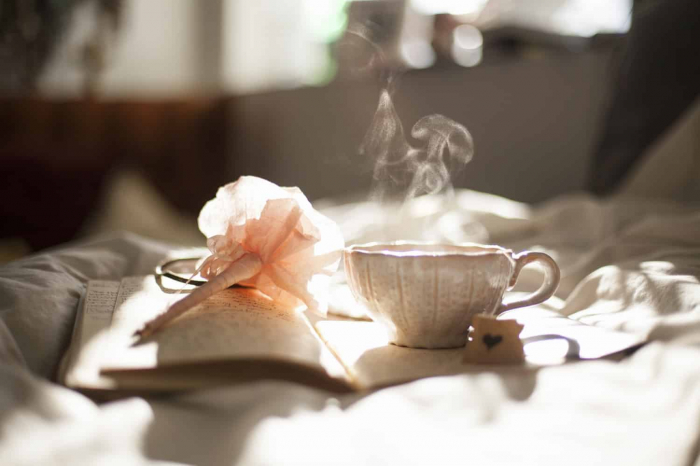 Rituals come in many different forms and are practised in cultures the world over, but why have they become such an important part of our lives?

When the anthropologist Bronislaw Malinowski visited the Trobriand Islands in Papua New Guinea in the early 20th Century, he noted the elaborate preparations fishermen would make before setting out to sea. They would carefully paint their canoes with black, red and white paint, chanting spells as they did so. The vessel would be struck with wooden sticks, the bows stained with red ochre and crew members would adorn their arms with shells.

Malinowski recorded a long list of ceremonies and rituals the islanders would perform before venturing out onto the open sea. But when the fishermen went out into the nearby calm lagoon, they did not use these rites. Malinowski concluded that the "magic" rituals performed by the islanders were a response to help them cope with the unpredictable might of the Pacific Ocean.

Later anthropologists have noted that fishermen in other parts of the world, such those engaging in deep sea fishing off the gulf coast of Texas and drifter fishing skippers in East Anglia, UK, were also prone to superstitions and rituals to help them cope with the uncertainty and dangers of their profession.

But evidence points to the existence of rituals long before the 20th century. One of the earliest examples of a human ritual practice is thought to be a carving of a python in a cave in Botswana, Southern Africa, dating back 70,000 years. Thousands of stone spearheads in the cave were thought to have been burnt in a ritual, including some that had been intricately carved from red stone brought from hundreds of miles away. The archaeologists who made the discovery believe the destruction of the spearheads were part of ritualistic sacrifices to the python.

But why have rituals been used for such a long time?

A ritual is defined by psychologists as "a predefined sequence of symbolic actions often characterised by formality and repetition that lacks direct instrumental purpose". Research identifies three elements of a ritual. First, it consists of behaviours that occur in fixed succession – one after another – and are typified by formality and repetition. Secondly, the behaviours have symbolic meaning and lastly, these ritualised behaviours generally have no obvious useful purpose.

Rituals occur surprisingly often within our everyday lives. It's believed that we form rituals based on our values. For instance, people with Christian values christen their babies as a symbol of spiritual rebirth.

But rituals go further than helping us to live out our values. They may also make us less anxious.

Ritualistic practices can help to bring a degree of predictability to an uncertain future. They convince our brains of constancy and predictability as "ritual buffers against uncertainty and anxiety", according to scientists.

Studies show that the anxiety-reducing effect of rituals can apply to almost any high-pressure endeavour. In one entertaining experiment, researchers instructed participants to perform an anxiety-inducing task – to sing Don't Stop Believing (by the rock band, Journey) in front of strangers. The participants were separated into two groups, with one asked to perform a ritual beforehand (including sprinkling salt onto drawings they had created). The second group were given instructions about their performance and left to sit quietly.

The participants' heart rate, feelings of anxiety and performance of the song were measured to determine anxiety levels. "Participants who completed the ritual sang better, had significantly lower heart rates, and reported feeling less anxious than participants who had not performed the ritual," says Francesca Gino, head of the negotiation, organisations and markets unit at ‎Harvard Business School and co-author of the study.

In another study involving 75 Hindu women in Mauritius, anxiety was triggered among the participants by asking them to prepare a speech for expert evaluation. All participants were fitted with a heart rate monitor and asked to complete surveys at the beginning and end of the experiment. Some of the participants were sent to a local temple to perform rituals before completing the second survey while the rest were asked to sit and relax.

Sports psychologists also propose that pre-performance rituals can confer benefits for athletes, such as better execution and possible reduction in anxiety levels. Rafael Nadal, winner of 20 Grand Slam singles titles, reportedly has almost as many rituals – 19 – which he uses before each match. In his 2012 autobiography, Rafa: My Story, Nadal explains that his rituals are "a way of placing myself in a match, ordering my surroundings to match the order I seek in my head."

Incidentally, the type of ritual doesn't appear to have a bearing on the reduction of anxiety. Gino adds that "even simple rituals can be extremely effective". Research suggests, paradoxically, that rituals involving pain, injury or trauma could hold some type of psychological advantage for those who perform them. For example, fire-walkers reported a higher level of happiness after they took part in this ritualistic ordeal.

There are also some indications that rituals can help us cope with some of the most challenging periods of our lives too, such as when grieving.

End of life rituals can create stronger connections between the dying and their loved ones. In a 2014 study, researchers found that grief was lower among participants who performed personal rituals, like washing the car of the deceased every week. When we experience loss, we often feel a loss of control, so it's perhaps not surprising that rituals are used to create some semblance of order to regain control.

But the benefits of rituals also extend beyond the individual – they're evident in groups of people, too.

Ritualistic behaviour can improve social bonding when we practise it collectively. "Having social networks has frequently been linked to wellbeing, and it is thought that rituals – frequent group gatherings – are particularly good at facilitating such networks," says Valerie van Mulukom, a psychologist at Coventry University in the UK and co-author of a study on the effect of secular rituals on social bonding.

Group rituals indicate that members are like-minded and share certain values, which promote an atmosphere of trust. For example, ritualistic chants have been shown to make football fans feel connected. And for singer-songwriter Beyoncé, saying a prayer in a circle with all her crew is a "spiritual practice" that leads to a perfect performance.

"After participating in group rituals, many individuals report greater connection to others, in some cases even when just observing a ritual," says Johannes Karl, a PhD Student at Victoria University of Wellington in New Zealand who has studied how rituals affect social bonding and health.

Despite their many benefits, however, there are some downsides to rituals.

For groups, evidence implies that rituals can stimulate inter-group bias. For example, one study that gave groups of children bags of string and beads found that those who participated in collective rituals spent more time showing their materials to group members who took part in the rituals than with children who didn't belong to the group.

More disturbingly, group ritualistic endeavours, such as hazing, the cruel initiation ceremonies prevelant among some student groups or within the military, are extremely harmful. Hazing often involves degrading and humiliating the initiated and, on rare occasions, has resulted in death. Research on hazing prevention found that a commitment to cultural change is required to combat this type of harmful group ritual.

Overall, research suggests that whether informal, secular, individual or group-based, rituals can have a positive effect on our wellbeing. Given that rituals have stress-busting qualities, Gino advises us to "adopt pre-performance rituals during stressful situations in your own lives, perhaps before giving a presentation at work, taking an exam, or having a difficult conversation." Like the fishermen of the Trobriand Islands, they could help steel you for the rough seas ahead.