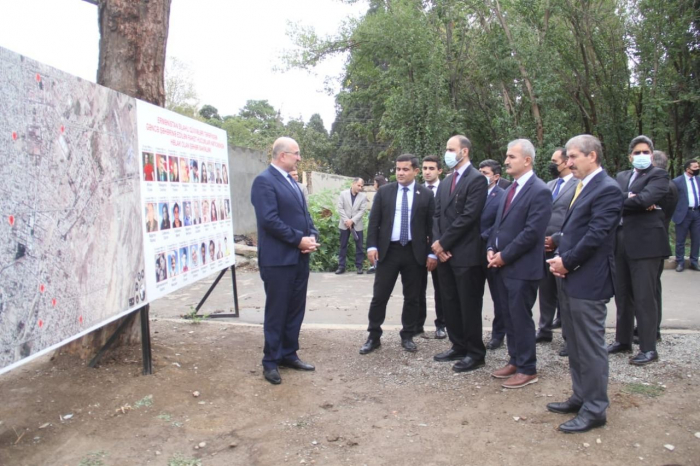 A delegation of experts from the Permanent Independent Commission on Human Rights of the Organization of Islamic Cooperation (OIC) is on visit to Azerbaijan’s Ganja city, AzVision.az reports on Sept.24.

The members of the delegation have viewed the territories in the city, which were destroyed as a result of missile attacks [by Armenian armed forces] during the 44-day Second Karabakh War [from late Sept. to early Nov.2020], and got acquainted with the consequences of the war crimes committed.

The foreign guests are accompanied by Deputy Head of the Executive Power of Ganja Adil Taghiyev and Consul General of Turkey Zeki Ozturk.

The delegation members were informed that 26 people, including women and children, were killed and more than 100 people were injured as a result of the missile attacks on the city.

The members were informed that the Armenian forces fired at the city at night from Tochka-U, Tornado and Scud missile launchers to kill many civilians. Targeted shelling of civilians is a crime against humanity.

The experts of the commission held a press conference in Ganja, answering journalists' questions.

The delegation of the OIC Permanent Independent Human Rights Commission is carrying out an assessment mission with the aim of investigating the facts of crimes committed by Armenia in previously occupied territories of Azerbaijan.

Earlier, the delegation visited Aghdam and Tartar cities, where it conducted monitoring of the Azerbaijani territories liberated from the occupation and those ones beyond the combat zone which undergone missile attacks of Armenia [during the Second Karabakh War].